VIDEO: This Video of Bebe Cool Dubbing Kyambogo Fresher Will Leave You Shocked 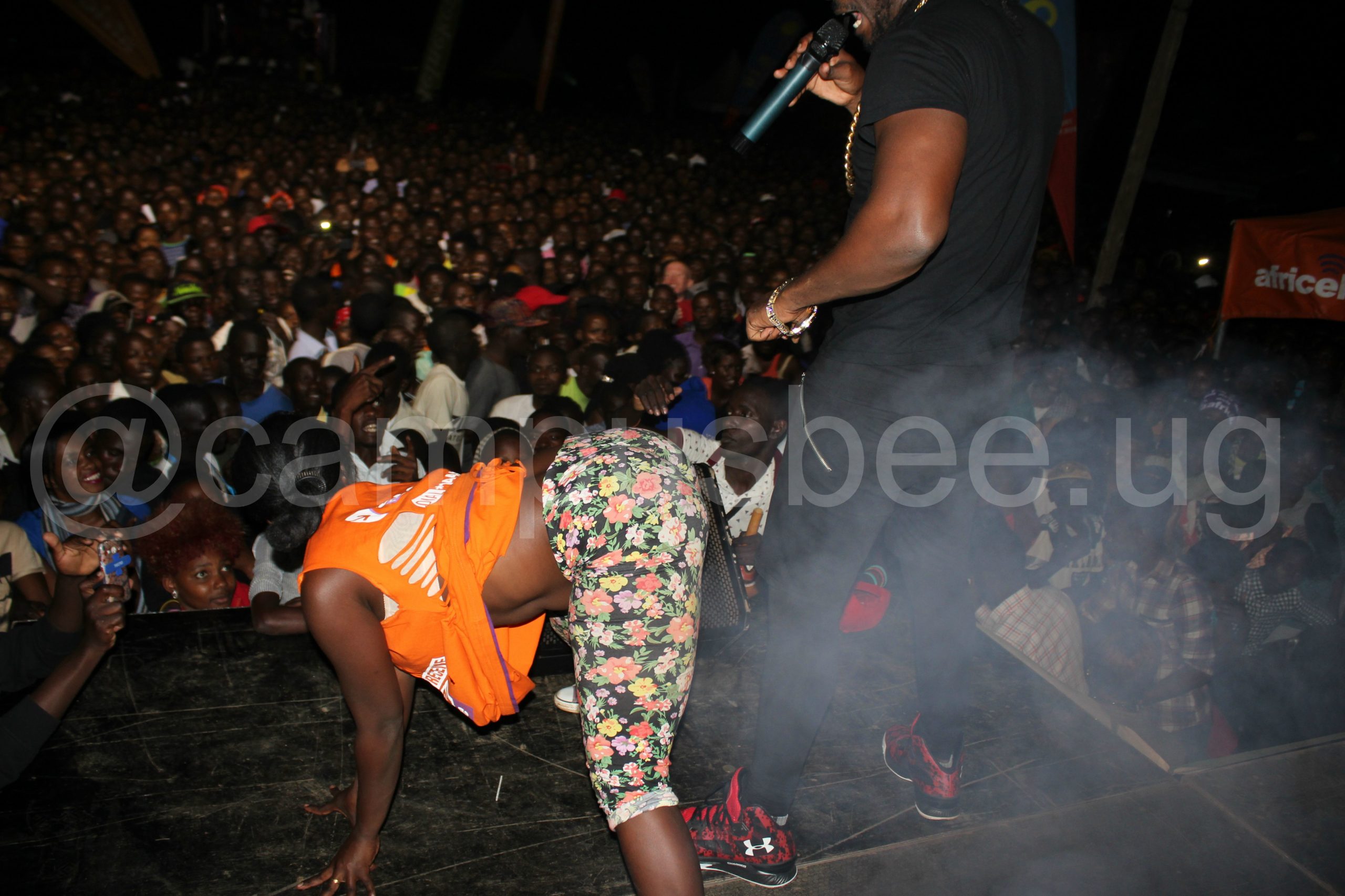 Hundreds of students thronged the Eastern Field of Kyambogo University to feel the taste of the Kyambogo University Trade Bazaar, as it came to an end on Friday night. The field was packed to the fullest as folks wanted to catch a glimpse of their lined up artistes of the night. 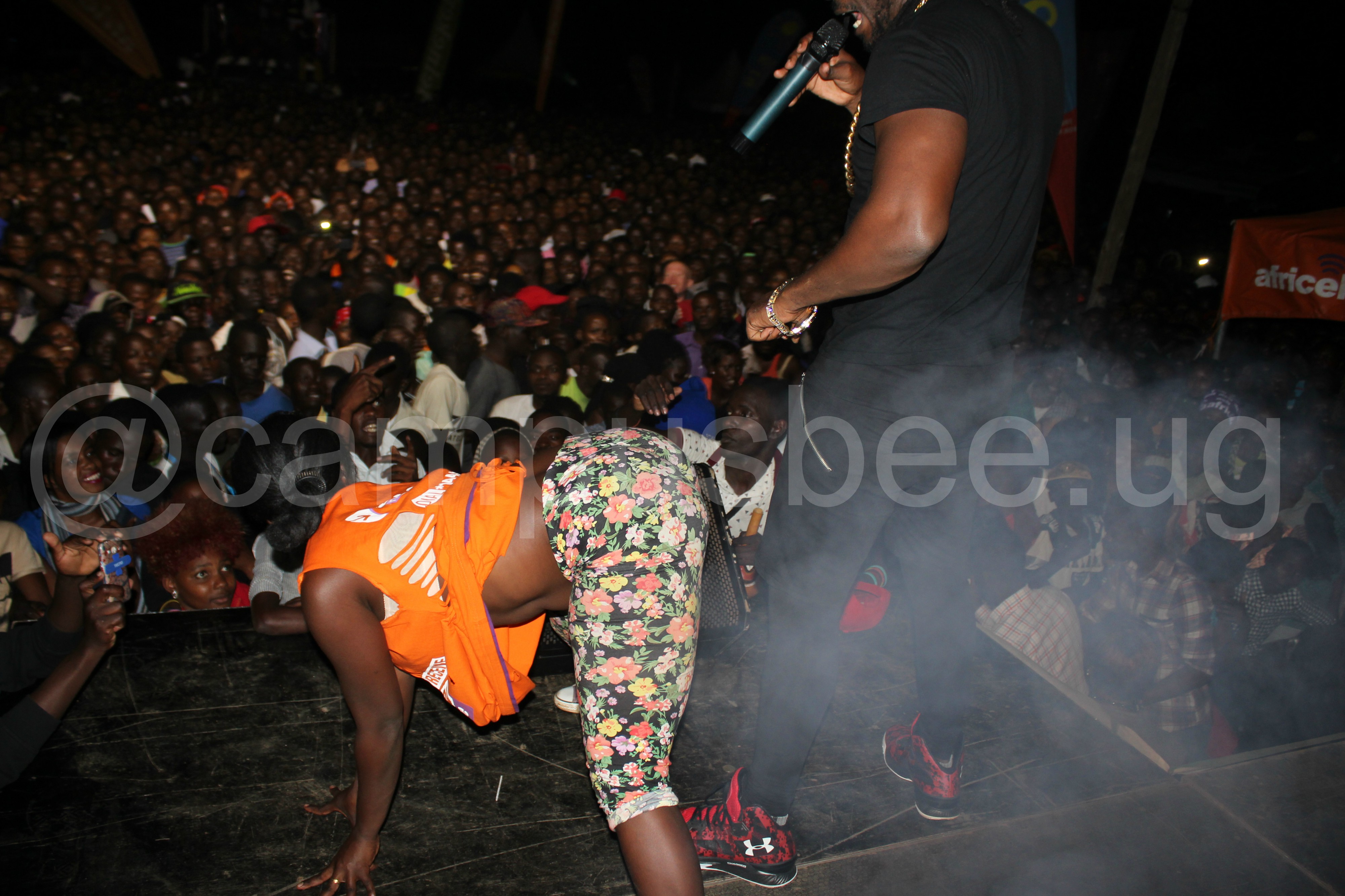 At about 11:30am, Bebe Cool, the “Kabulegane” superstar stepped on stage sending the students in a frenzy coupled with wild cheers and chants. Bebe Cool performed a couple of songs until he hit his latest seller “Kabulegane’.

Like the viral Kabulegane challenge, a couple of ladies swung to stage to take part of the challenge. However, Bebe Cool identified a very ‘religious fan’ in the crowd whom he pulled up on the stage to whine to the jam with him.

In the twist of the fun, the video depicts a typical Bebe Cool wild side pulling the Kyambogo Student closer, felt her vibe as he dubbed her along to the song.

Photos: How the First Ever MUBS 3D Outdoor Cinema Went Down