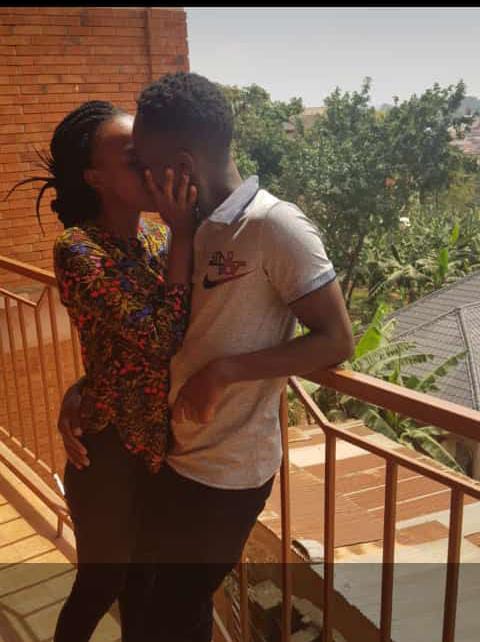 After just few hours of becoming campusers, some sharp Makerere University first year students had on Monday found soul mates already. This comes following a photo of two freshers who were captured kissing on balcony of a popular Makerere hostel went viral on social media.

The two new lovers, who seemed unbothered by the camera proved that their relation has reached the kissing stage and its possible that they could gone an “extra mile”. The dude was captured thoroughly swapping saliva with a yet to be identified innocent babe and the moment seemed to be extra intimate.

It should be recalled that 1st March 2021 was the official reporting date for Makerere and MUBS freshers who are expected to kick off serious on-campus studies this week.

Word circulating in various campus groups has it that some freshers were already facing hostel ceilings way before their official reporting date.

Popular students’ residential areas of Kikoni, Katanga, Nakawa have been reportedly on fire these past days following the invasion of new ‘freedom hungry’ freshers that recently left their homes, two years after completing their senior six studies.