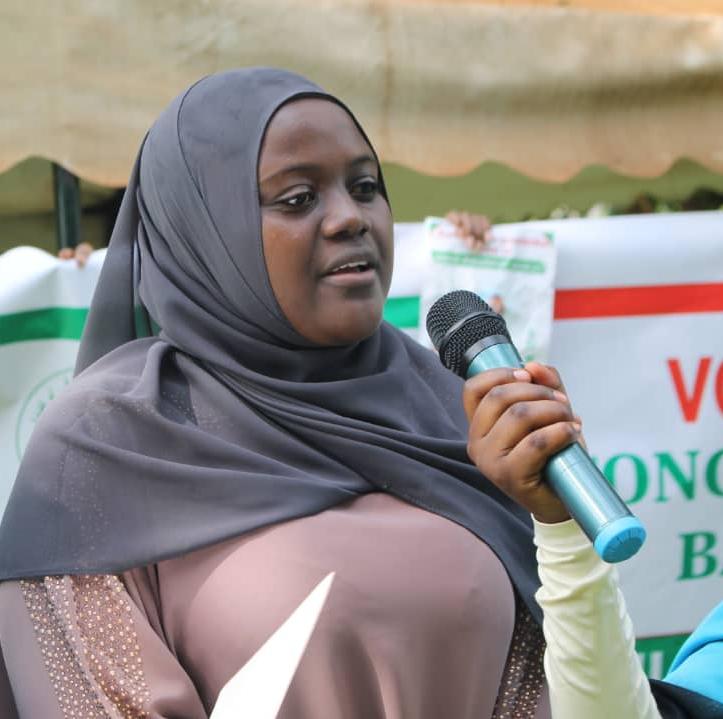 Islamic University in Uganda (IUIU) Females campus Guild President, Nantongo Bashirah has rapped the Uganda government for being inconsiderate to its citizens. In a trending note on WhatsApp, the Guild President of the Kabojja females only campus replied to the National Task Force request to deduct at least 10,000 from employed Ugandans- a move she referred to as “inconsiderate due to the already high taxes.”

Nantongo implored the leaders in the Government to stop “necessary spending” …. below is her missive;

“I first of all salute the Ugandans who respected the president’s directives and stayed home at all costs, indeed you are heroes and this shows that you can do everything in favour of your motherland.

I then salute the government of Uganda for taking precaution towards the spread of this pandemic.

I then salute the Uganda police force, the local defense unit (LDU), the army and traffic police.

I recognize the efforts of the national response to Covid19 or the national task force. You have indeed tried your best in the struggle.

My humble appeal to the government is;
-The government needs to be considerate in a way that these are the same citizens who have been paying the high taxes before covid19.
– The government needs to take caution on the unnecessary expenditure amongst it’s officials. The idea of deduction of money from the salary of employees would have been better if the funds were managed maturely.
-What are the Ugandans benefiting from the abrupt taxes they are assigned by the same people they appoint into power???
– The most touching part is that the poor Ugandans have been locked down for more than 50 days.

My humble appeal to the Ugandans is that power is in your hands. Please vote wisely, the habbit of voting for money seems so backward. Let us change our country. Vote for proper representation in the parliament. The domancy amongst the member of parliaments is alarming.

If the funds were managed responsibly, then the idea of soliciting funds would have been for a good cause and therefore necessary.

I would wish to remind our dear leaders that you will account for your leadership on that day
# The day of judgement
#yawmul-Qiyam..

#FOR GOD AND MY COUNTRY#