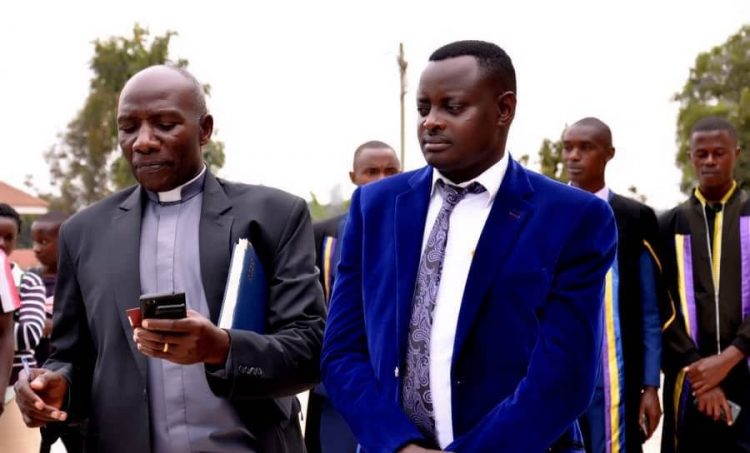 Western Uganda’s comedian and inspirational artiste Valentine Muhereza commonly known as Kachaina who recently reported at Bishop Stuart University (BSU) Mbarara for a Journalism course has quashed rumors that he has gone back to school not for education but for his political interests.

The “Nibazenda” hit maker from Ishaka dropped out of  school after his primary seven at Manyogaseka Primary School Kasanda and joined the entertainment industry in 2004 specializing in music and comedy and started as a karaoke comedian in bars and clubs around Kampala. He finished his form four at Karamba Hill Secondary School in 2005.

He then concentrated on his music and comedy hustles and later went back for his level which he finished last year. He has challenged his fellow celebrities to consider education as the first priority if they are to benefit a lot from the entertainment industry.

WCW: Meet Cynthia, the Hottest 2nd Year Babe at MUST