Where Are Remnants Getting Money? Another ‘Son’ of Mbonye Spends 100M on Marriage Proposal 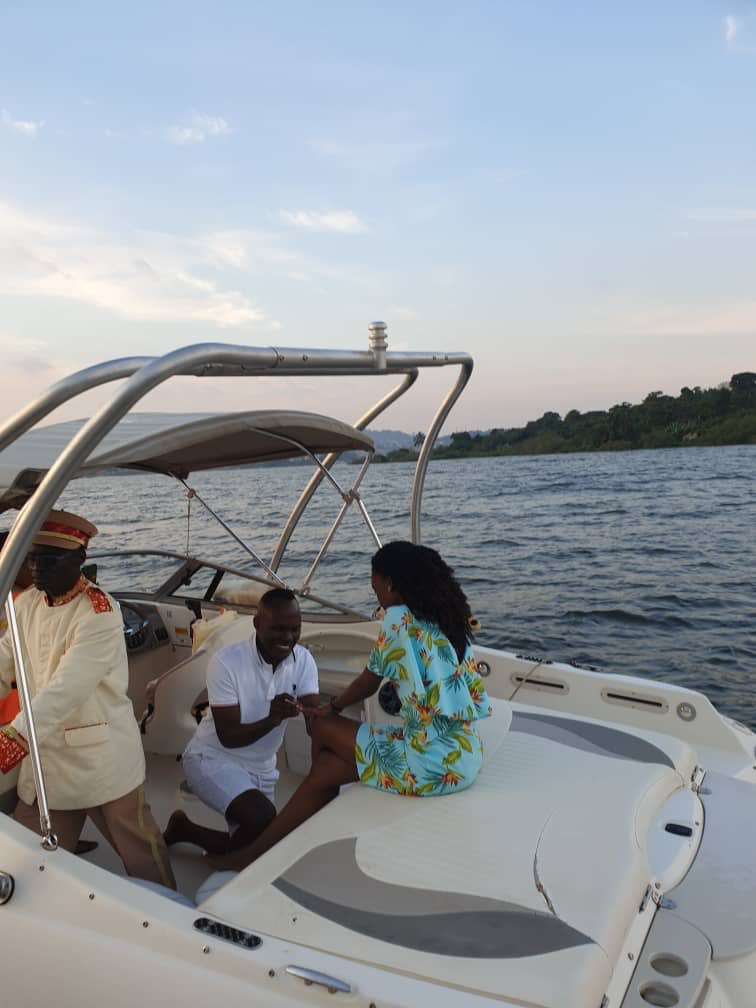 There’s a new trend on relationships and everything about them that’s setting a challenge and raising the bars lately. Not long ago, one of the ‘sons’ of flamboyant Prophet Elvis Mbonye made media headlines after he rented out Acacia Cinema hall just to propose to his lover and spent over 30M on the event.

It was one of those events this year that got so many talking and wondering where remnants get all such sums if money to spend. As if that was not enough for Ugandans to recover from, on Sunday, another of the ‘sons’ to this lavish lifestyle prophet, whom we have only identified as Wisdom K. Peter proposed to his long time significant other Clare Muga at the Serena Kigo Hotel on a boat cruise.

The two have been dating for a while now and their 100M proposal had an attendance of merely a handful of friends and associates to the lovebirds.
Unlike Simon Ssenyonga, Wisdom Peter is the overseer and preacher at the Teacher’s Courtyard which takes place at Hilton Hotel and Clare Muga is an author. The young couple are both self proclaimed children of the prophet at Zoe Fellowship.

What is most shocking about these proposals is that no fundraising is done and you can hardly trace any faces of the known rich men or families of the country in attendance. All you’ll find are a group of young very jolly people who seem to know what they are up to and don’t care what everyone else thinks of them.

Interestingly, when the remnants are asked about what they say of the events, they say it’s only common because they have the money, something we now can’t be in denial of.