Who Will Wear The Y+ Beauty Pageant Crown? 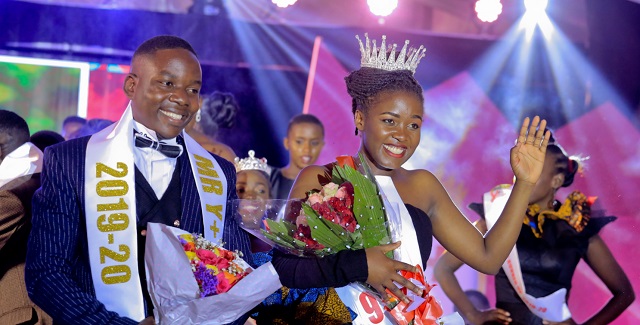 On 25th September, 2020, the Uganda Network of Young People Living with HIV/AIDS launched the 7th edition of the Y+ Beauty Pageant at a scientific and virtual event that took place at Kampala Serena Hotel.

The theme of the pageant this year is “Changing The Narrative” that literally means that the time is nigh to focus on the fight against stigma and discrimination among Young People Living with HIV/AIDS (YPLHIV).

The Y+ Beauty Pageant is a novel concept that was developed to celebrate beauty with zero stigma and zero discrimination together with having zero new infections and having zero AIDS related deaths. The entertainment calendar has several beauty pageants and, one of which is the Y+ Beauty Pageant that has been on for the last seven years.

The beauty pageant has, over the years, served as a platform to young men and women (16 to 25 years) living with HIV to become voices to the voiceless, pillars of boldness and strength to those still afraid of HIV testing, these young people also share testimonies of assurance that acquiring HIV is not the end of life. Which is not that easy.

To carry out this mandate, UNYPA already started with the regional auditions of the Y+ Beauty Pageant. The Central region auditions were held on 10th October at Alive Medical Centre and Luminsa Israel together with Namayanja Sheirat came out as victors.

On 17th October, UNYPA conducted the Eastern region auditions at Kamuli Youth Centre where Norman Ntamu and Kiiza Namusobya came out as winners.

The Northern region auditions are taking place in Kwania District on 24th October and they will be followed by the Western region auditions that will take place in Kabale after which a week long boot camp will be held to strengthen the capacity of the winners as well as build their self esteem.

The Grande finale of the Y+ Beauty Pageant will be held on 20th November at Serena hotel in an event that will be both scientific and virtual. However, the question remains – who will wear the crown?