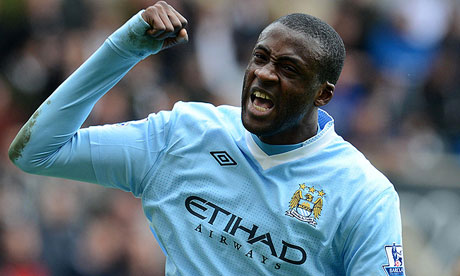 Manchester City midfielder Yaya Toure has been named the CAF African Footballer of the Year for a third successive time.

The Cote d’Ivoire international was announced as the winner of the award in a ceremony in Nigeria, beating off competition from John Obi Mikel and Didier Drogba – who came second and third, respectively.

Toure is only the second player to win the award for three consecutive years, with Samuel Eto’o claiming the prize between 2003 and 2005.

The recipient of the award is decided by national team coaches and technical directors in Africa – with Eto’o the most-honoured individual with four.

The 30-year-old already has 13 goals to his name this season, three more than his highest-ever season total, as he thrives under Manuel Pellegrini at the Etihad Stadium

How I dropped out of campus because of an abortion; Nkumba student tells her story