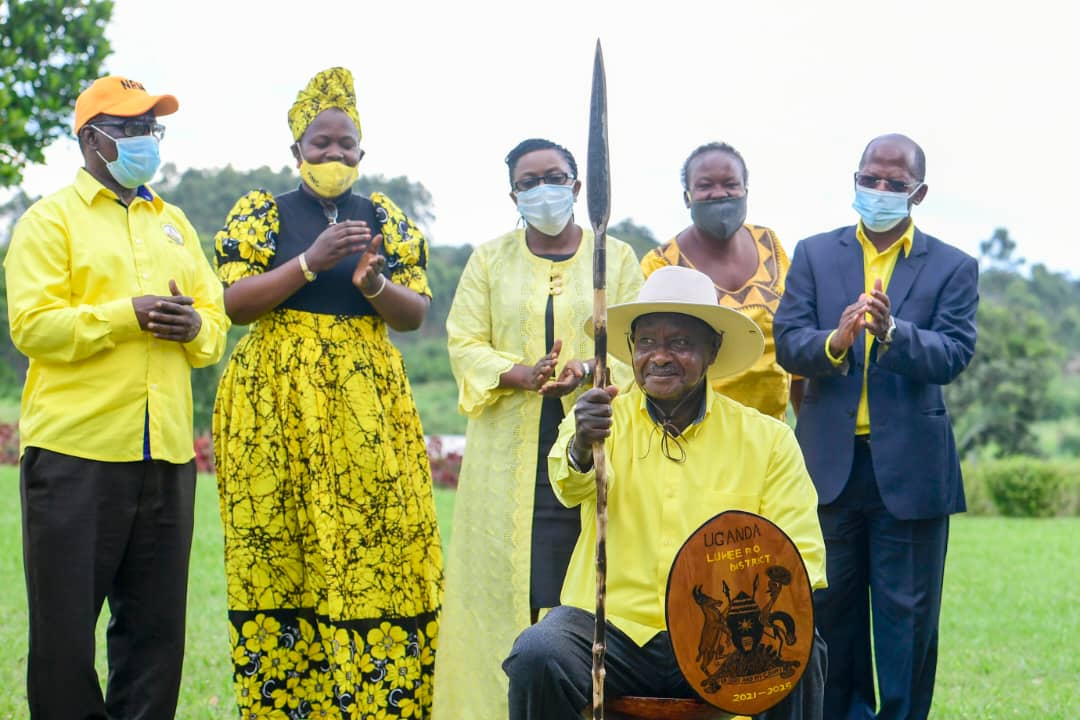 While launching his central region scientific campaign trail and holding a meeting with the leaders of the greater Mubende (Districts of Kiboga,Kyankwanzi,Mityana,Kassanda and Mubende) President Museveni cautioned the leaders in this area to take politics seriously.

This came as a warning after seeing how reckless other presidential candidates were with the citizens of Uganda, also, sadly following the deaths of 5 MPS including Kivejinja and Sheikh Nuhu Muzaata. This was at Mayor’s gardens in Mubende town council.

“Politics is not playing around. When you handle the country badly, you can plunge it into problems. Those who want to play should find other things to play around with and not politics. Uganda had become ungovernable but when NRM came to power, we stopped the chaos which was here,” he noted. He also added that;

“This country was in turmoil because politicians were focusing on politics of religion, tribe and gender chauvinism. The NRM has used wisdom to return peace and thrive Uganda’s economy.”

“I warned you about Coronavirus but others accused me of interfering with their peace. Now see we have lost five MPs including Kivejinja and our good Sheikh Nuhu Muzaata,” Mr. Museveni said.

“In America, over 300,000 people have died. You can get people in Kiboga and the population in Kyankwanzi to know the people who have died of Coronavirus in America.” He added.

The President said that because of strict measures, Uganda has been able to maintain the deaths at a lower level of not more than 200, adding that because the government has funds, it can test and also offer treatment to the sick.

Speaking to youth leaders separately, the NRM presidential candidate warned that they should never join politics because of money but rather out of love to serve their country.

“Don’t make politics your livelihood project. You should know that politics is a voluntary service. I have been in politics for 60 years but it is not my livelihood. Everyone should have something they do to earn a living,” he told the NRM youth leaders.

The President noted that through the Youth Livelihood Program, youth fund, and Emyooga, the government’s aim is supporting youths to have their own ways of creating jobs and earn a living, other than focusing on politics.