Youths in Kampala to Benefit From ‘Emyooga’ as Program is Launched 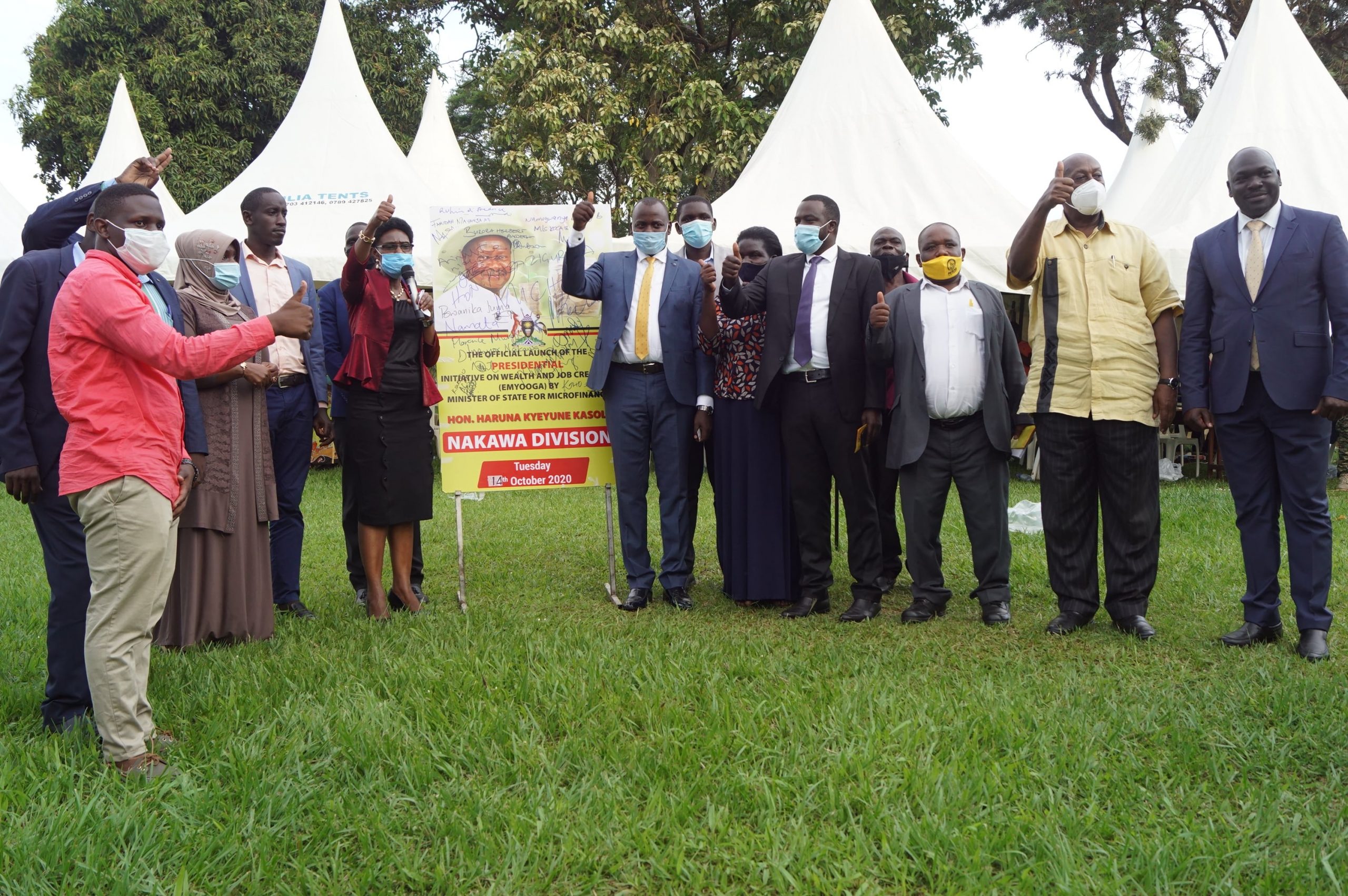 In a ceremony held at the Institute of Communication in Nakawa, Mr. Kyeyune Haruna Kasolo, the State Minister for Micro Finance officially launched the Presidential Initiative on Wealth and Jobs Creation (Emyooga).

The launch day kicked off with a debriefing event which went down at the Mayors Gardens, at the Kampala Capital City Authority (KCCA) headquarters.

The youth, who are among the categories of people that will benefit from the project turned up for the launch ceremony. Young people will be represented at all levels in the project’s task force once sensitization is complete.

While speaking to local leaders and citizens of Nakawa Division on Wednesday during the launch, Kasolo disclosed that the project will avail funds to 18 categories of associations/SACCOs.

As a condition to secure funding from the government, each of these associations will form Savings and Credit Cooperative Organisations (SACCOs) through which they will receive grants  of up to UGX 30 million per association.

The Minister called upon Nakawa residents to avoid politicizing the project while explaining that it has come to lift the poorest of the poor to better standards.

“The people of Kampala don’t have business because of lack of capital. The Emyooga is coming to solve this.” Kasolo disclosed before adding that “let’s forget our political differences. Parties come and go but our Kampala will remain.”

In his view, the Emyooga project will push commercial banks to reduce their interest rates. According to Kasolo, banks charge high interest because the demand is high as well.

“We have a problem. Commercial banks charge highly, the interest rate in commercial banks is too high and we have nothing to do. It is too high because people have too much appetite for their money, meaning the demand is high.” Kasolo said.

The Emyooga program will indirectly force those commercial banks to reduce their interest rates.” He added.

The project is being implemented by the office of the president, the ministry of finance, planning and economic development, the Microfinance Support Centre (MSC), district local governments and YASPED (Youth Action for Social Political and Economic Development).

The program, which will be rolled out to other constituencies in Kampala next week is expected to convert 68% of the country’s homesteads that are currently involved in subsistence production to market-oriented activities.

More details about the program indicate that each Parish association should have between 7-30 members enlisted for a particular association and each member will pay subscription fees not exceeding UGX 20,000.

The launch ceremony was also graced by the Nakawa Division Member of Parliament, Michael Kabaziguruka, who confessed that belonging to FDC will not deter his support for the recently launched program.

Among other top leaders that showed up for the launch include the State Minister for Kampala, Benny Namugwanya, Faridah Mayanja, the RCC for Kamapala among other leaders. All leaders preached the same message of not driving politics into the project.