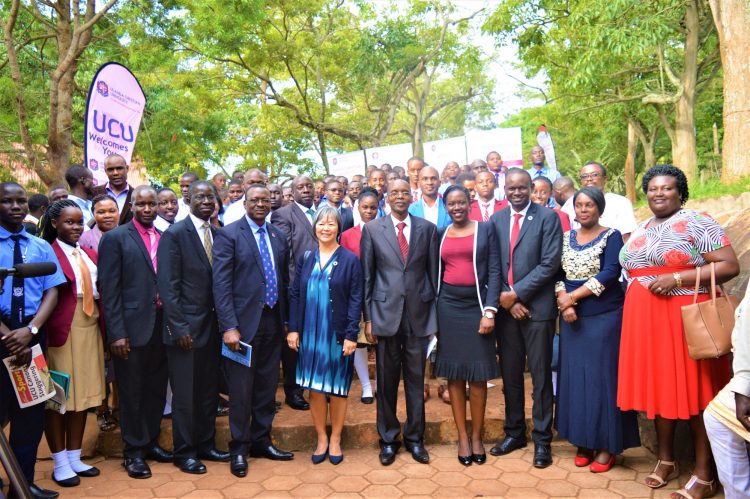 Youths have been urged to shun individualism and embrace partnerships if they are to achieve meaningful development. Speaking during a networking panel discussion on The role of the youth in achieving the United Nations Sustainable Development Goals (SDGs): a case for Uganda at Uganda Christian University yesterday, speaker after speaker made a case for teamwork amongst the youths.

While delivering a key note address, Prof. Edward Kirumira, the Principal Makerere University’s College of Humanities and Social Sciences said, “We need to bring up young people in a collective setting as opposed to an individualistic setting. We need our youths to work collectively.”

Malinga identified funding as one of the hindrances to the attainment of SDGs but said that the solution to that is in SDG number 17 which calls for partnerships. “Youth need to be organized and work in groups and not move as individuals,” he said.

On his part, Mr. David Mugawe, the Deputy Vice Chancellor Development and External Relations at UCU thanked the Nordic Countries for their support to UCU.

Speaking during the event, Susan Eckey, the Norwegian Ambassador to Uganda said that her government is committed to continue supporting education because of its role in stimulating the development of nations. She added that education is central to achieving the Sustainable Development Goals and in addressing some of the world’s developmental challenges.

In agreement, Prof. Kirumira said that by keeping youths in schools, education helps curb the rapid population growth, which has been identified as one of the development challenges for countries like Uganda. Close to 70% of the Ugandan population are youths.

Ambassador Susan Eckey also hailed Uganda saying that it was the first country in the world to have her National Development Plan aligned to the new SDGs.

The Uganda-Norway Alumni Network (UGNAN) in conjunction with the Royal Norwegian embassy in Uganda organized the debate.

Speaking on behalf of the UGNAN, Dr. Ronald Ssemyalo said that their network has been active since November 2016. He said that their network has over 1,500 Ugandans who studied in Norway with support from either the Ugandan or the Norwegian government. “Our presence here shows that people who go and study in Norway usually come back and impact their societies and communities with the knowledge, skills and values acquired.”

Dr. Ssemyalo added, “We would like to use the skills we got to challenge the traditions that keep our societies from realizing their full potential.”

On her part, Assoc. Prof. Monica Chibita called for the involvement of youths in decision making on matters that affect them, “Any decision about the future affects youth. They represent continuity.” The debate was attended by hundreds of students from secondary schools in Mukono, Jinja, Wakiso and Kampala.