This Week on Social Media: Gorilla Glue Chic & Hustler that Went for Interview on a Grader 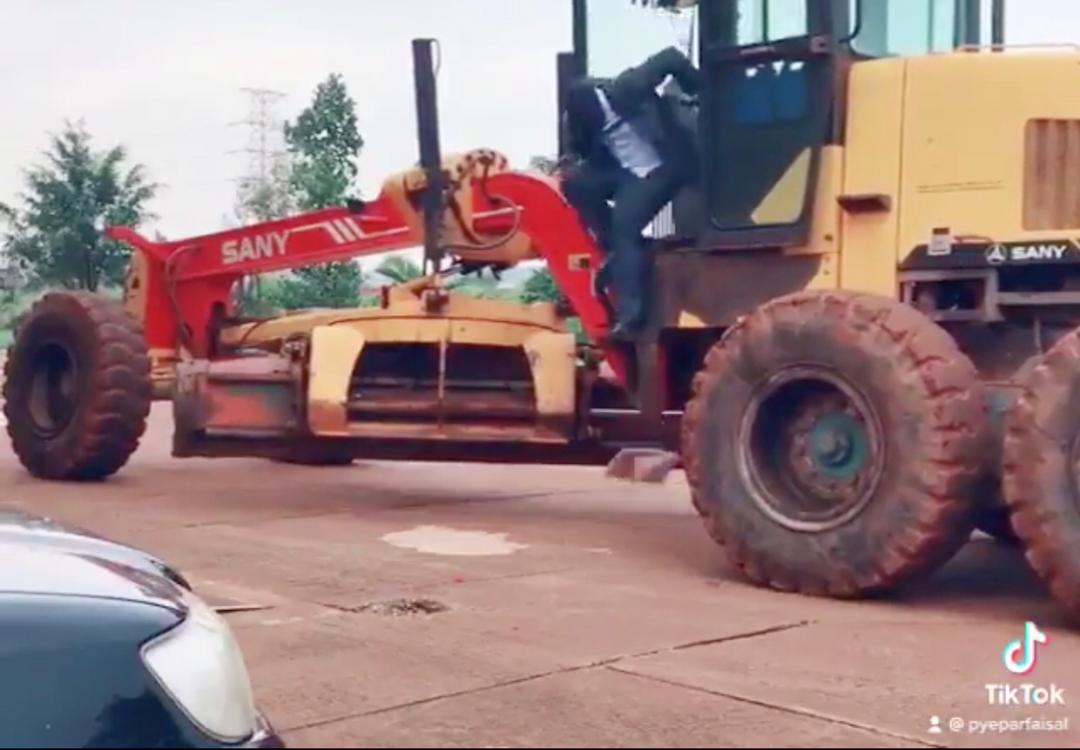 We have all come across some crazy things on the internet that, according to individual opinions, are definitely not fit for the purposes for which they are used for; this lad that went for a job interview in a grader! Still beating my mind…But for a minute let’s talk about the Gorilla glue chic.

Gorilla glue is perfect for holding together things that you wouldn’t want to fall apart but sleeking down a wig onto your head? Nah nah definitely not fit for the purpose.

Let’s go back a bit to that guy on the internet; whom I have just learnt is called Paddy and has taken twitter by storm, when he was seen driving a grader to a job interview.

I found it bizarre and quite hilarious to be honest and out of my curious mind I went around asking why he would do that. One person told me that Paddy had been applying for so many jobs and while at work on a construction site, he received a phone call from Hima cement to go for an interview, he realized that if he went home first to change, he would be late for the interview so he sent for his suit, grabbed a grader from the site and rushed for the interview. Smart of him I would think. But was it fit for the purpose?

To be honest if we are going by the concept of beating time, Paddy didn’t think ahead. With the so many motor bikes in Kampala city how fast can you maneuver through? If it were me, I would have walked or grabbed a jaj or something. Anyway this Paddy man is lucky that Hima cement had enough parking space to fit a grader.

Nevertheless, as we wind down the week, pick inspiration from Paddy and go secure your bag no matter the situation. Kampala is not an easy place to live or hustle through but in all things, remember that these young queens won’t spare your money, make it! So Kuddos to Paddy.