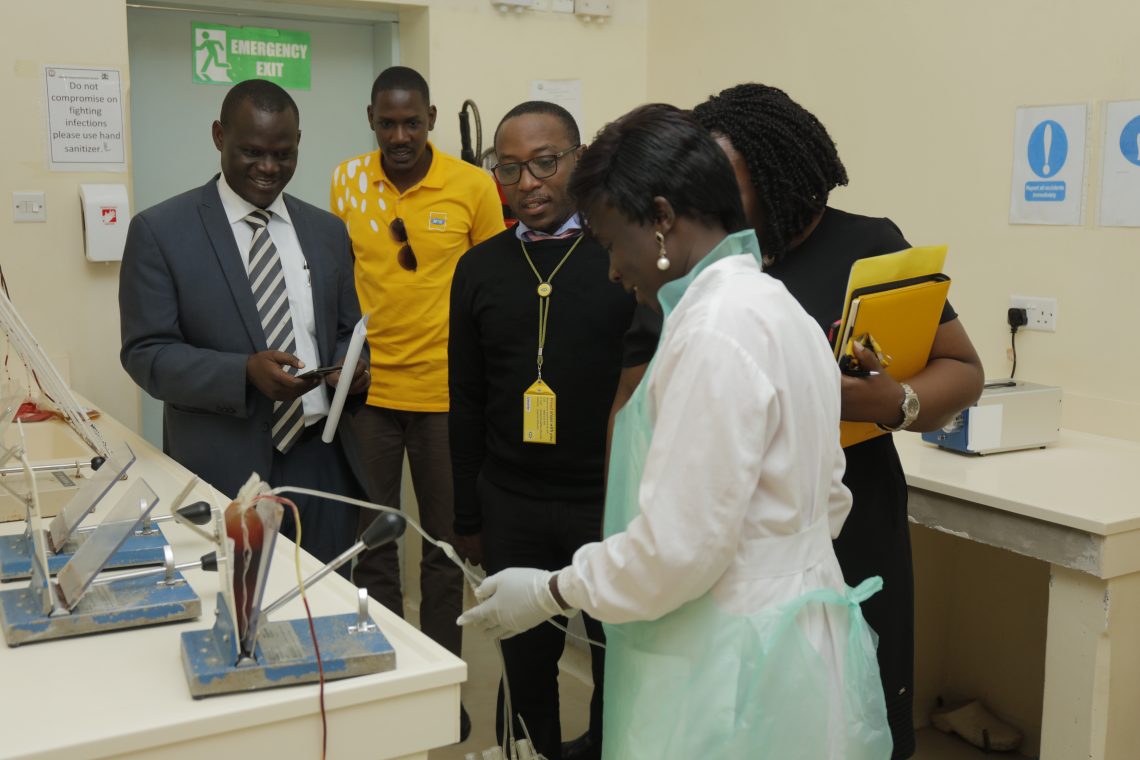 MTN Uganda Foundation has officially handed over blood processing and storage equipment to the Uganda Blood Transfusion Services (UBTS) to improve the blood processing and blood storage respectively. The equipment comprising of an automatic blood plasma extractor machine and 3 refrigerators was handed over to Dr. Jane Ruth Aceng, the Minister of health in a ceremony held at the UBTS headquarters in Kampala today.

This follows the telecom company’s pledge in July when it availed UGX. 347 million to procure the equipment. The automated plasma extractor will be stationed at the Nakasero Blood Bank while the three blood storage fridges will be delivered to the regional referral hospitals in Mbarara, Mbale and Arua. The Mbarara Regional blood bank received their refrigerator last week. The other two blood banks are set to receive theirs in due course.

While handing over the equipment, Ms. Enid Edroma, the General Manager, MTN Corporate Services reiterated MTN Uganda’s commitment to supporting government’s push towards meeting the Global Sustainable Development Goal No.3 which aims at ensuring healthy lives and promoting well-being for all ages.

“We are proud of this partnership with the UBTS and the Ministry of Health in completing efforts to make available this scarce resource of blood,” Ms. Edroma said.

Speaking at the same ceremony, Dr. Gilbert Sande a laboratory scientist and logistics officer at the Uganda Blood Transfusion Services noted that the blood component extractor would be used for processing of blood to extract components of red and white blood cells and platelets for the Nakasero blood bank.

“The old machine was manual, laborious and could process one unit of blood in hours. This new machine from the MTN Foundation is automatic and processes a unit of blood in less than 10 minutes. That means we shall be able to get more components to save patients, especially the cancer patients who need platelets the most,” Sande said.

The MTN Foundation has undertaken to support a number of government health initiatives: Early this Month, the MTN Foundation in partnership with the United Nations Population Fund (UNFPA) and the Ministry of Health unveiled their progress of the plans to implement maternal health projects to a tune of UGX.1.33 billion. While UGX. 600 million was raised from the 2018 MTN Kampala and Regional Marathons, the other half is a top up from the MTN Foundation.

Early this year, the MTN Foundation refurbished eight Maternity wards in eight health center III facilities across the country during the MTN 20th anniversary celebrations. Arua, Gulu, Lira, Kabarole, Hoima, Kiruhura, Kabale and Budaka are the districts that were reached during this initiative.

In addition to renovating and refurbishing maternity wards, the MTN Foundation also provided selected facilities with solar energy, water and sanitation facilities to ensure that mothers not only plan for their pregnancies but give life in dignity and comfort.