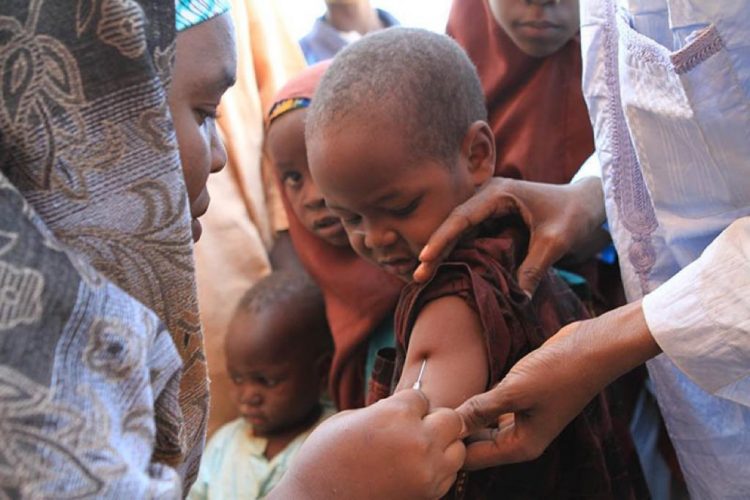 The government of Uganda, through the Ministry of Health and in partnership with the World Health Organisation (WHO) will tomorrow kick off the four day nationwide immunization campaign against Measles, Rubella and Polio.

The campaign , which was launched today in Mayuge by the Minister of Health Dr. Jane Ruth Aceng, is targeting 18.1 M children between 9 months and 15 years (for Measles – Rubella) and 8.2 M children below the age of 5 (for measles).

New Posh Hangout in Naalya to Open this Friday

“The actual immunization exercise will start on Wednesday 20th October in over 16,000 kindergartens, primary and secondary schools. Tuesday 15th is for the launch of the drive. The schools immunization will run till Friday and on Saturday, the campaign will cover the other children that do not go to school in over 20,000 designated immunization centres country wide.” Dr. Alfred Driwale, the head of the campaign told the press.

Dr Driwale added that the campaign shall cover all the children in the said age brackets regardless of whether they have been immunized before or not.

There is an Immunization Act (2017) in Uganda which mandates all parents to take their children for immunization and whoever is found in fault can be successfully sued in courts of law.

MATURITY! This is how Kenzo and Rema Ended their Relationship- See Screenshots