To help Uganda soccer fans get into the action of the Union of European Football Associations (UEFA) Champions League (UCL) 2018 Final, international premium beer brand Heineken® on Saturday hosted one of the biggest most premium VVIP experience in Kampala. 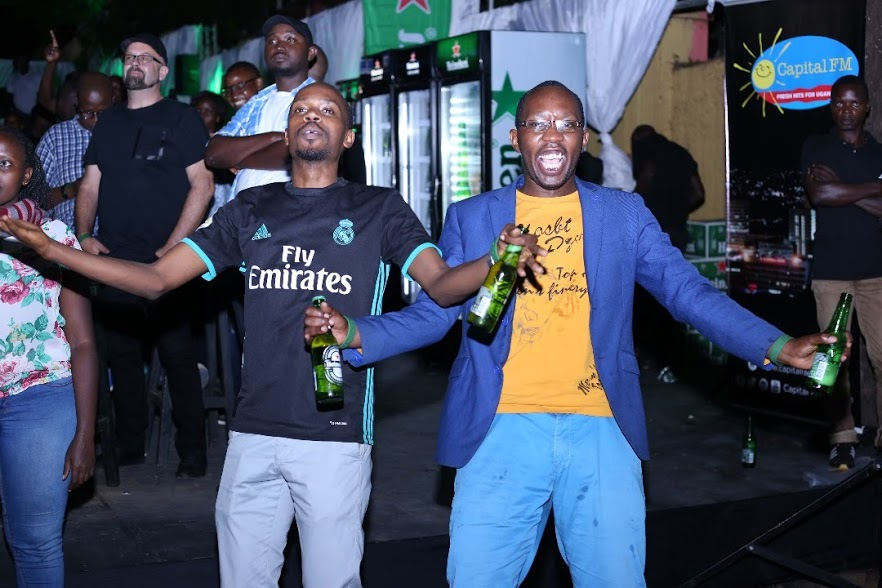 Heineken Uganda Country Manager said this was a night to remember. “Heineken® aims to create exciting UEFA Champions League experiences for our consumers by engaging them in a way only Heineken® can do. For us at Heineken Uganda, tonight’s epic final is a way of treating you to what football lovers across the world are also experiencing watching the UEFA Finals in an epic way ”

Heineken is the global sponsor of the UEFA Champions League, and for Uganda, the company decided to invite football fans, sports personalities & presenters together, to watch the UCL finals.

Kylie Wallbridge,Heineken East Africa General Manager added that the UEFA Champions League is a premium football event featuring quality players. “The best of the teams across Europe play in the Champions League. Heineken is also known very well across the world, it is best brewed and is also consumed by a lot of people. So, there is a connection between Heineken and the UEFA Champions League. This year, we were telling our consumers not to just to watch the league, but to prepare to #ShareTheDrama, and explore the opportunities that come with the game.”

For the invited guests on the 26th of May, the stage was set to be even bigger and better than before and it was a night they will not be forgetting in a long time.

Basically, consumers did not just come out & watch Champions League, they also ‘shared the drama’ with friends and fans alike during an enthralling evening of fun, heat and passion.

At the end of the night, one lucky winner Badru who correctly predicted the night’s final scores walked away with a huge Heineken gift hamper.