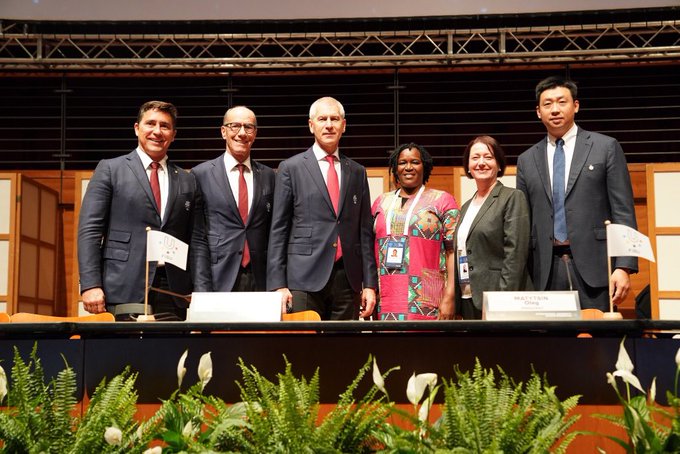 She was elected on the second and final day of the 36th FISU general assembly which was held on Saturday in Turin- Italy. She said that she’s so thankful for the confidence everyone showed to entrust her with such a big position.

“My colleagues will be relying on me to make sure their voices are heard in FISU. I am very thankful for the confidence everyone has shown in me today and I look forward to working with all of you for a great impact.”


She also added that she’s extremely happy to have been elected the first ever vice president of FISU and that she feels it’s s a great opportunity and achievement.

Penninah Kabenge is the Principal Sports Tutor at Makerere University, a position she has held since 1992. She’s also the president of National University Sports Federation of Uganda.