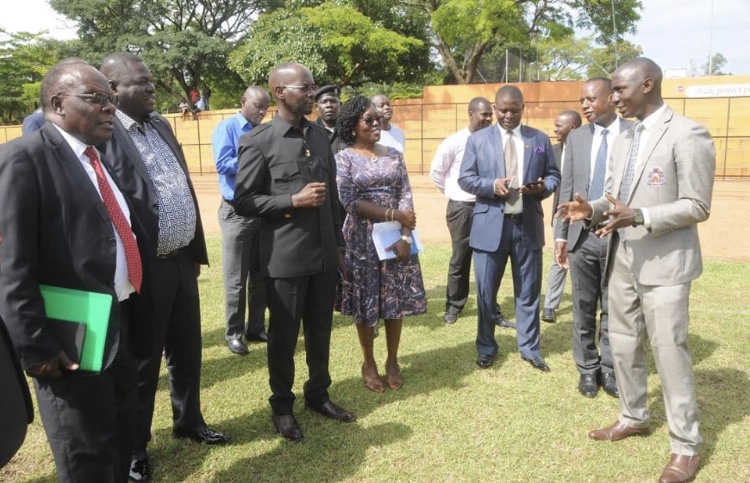 Hon. Hamson Obua during his tour of Ndejje University’s facilities before launching the East African games’ organizing committee in Luwero in December this year stated his delight with the facilities all while speculating on how they are even better than those of the government and promised to push their appeal for government support despite the deprivation in the budget.

The facilities are inclusive of three standard football pitches, basketball, netball, handball and volleyball courts, wood-ball ground and swimming pool. Ndejje administrators disclosed the need for state support for their dressing rooms and mini gym that all require a budget of about 3 billion shillings.

Over 3,000 students in 75 institutions, from seven countries, will stay at the Ndejje campus and will be competing in 18 disciplines. Given Ndejje’s record of winning the East African games a six times in a roll, its no wonder they were chosen to grace this year’s games. Ndejje is also the four time national champions and three time hosts of the national university games.

Ndejje Vice Chancellor Prof. Eriabu Lugujjo told Campus Bee that the competitions have wider objectives which include community sensitization about sports and partnerships that come with it. Advocating for unity, respect, friendship, fairness, integrity and brotherhood to enhance East Africa University relations.

Lost and Found Kampala University Olympics Weightlifter to be Returned

IUIU Guild Leaders Sworn in, Admin Pledges Support to Them