CONFESSION: How my Manhood Caused me Depression 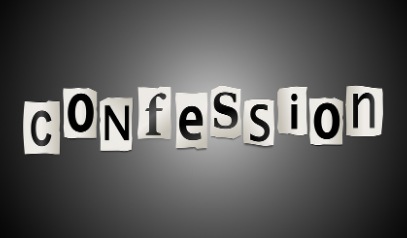 Depression has become more rampant amongst the young generation more than ever. everyone has different reasons or factors that caused their depression and of course different ways of dealing with it. Richard (Not real names) shared his story of his depression with us.

I joined Makerere University in 2016 and was offered a Bachelor’s degree in software engineering. Like everyone, when I joined I was excited because I had broken away from the bondage of my parents and I could now do things freely without restrictions.

I joined Muhika hostel with a few of my mates and in week 1 at campus we were drinking and smoking and partying like we were being paid. The girls also became a significant part of us and we would go dancing with them as always. I particularly became fond of this one girl Sheila (not real names) who was staying in Olympia hostel. I figured she was affluent because of that.


We used to go to the bar together and on one particular occasion she asked me to go back to her hostel with her since she was in a single room. As a guy, I couldn’t let this opportunity pass me by. We went to Olympia and of course things got heated up because we were alone. Fast forward, we are going just about get into the actual sex and she looked down at me and said she couldn’t let ‘that thing enter her.’ I didn’t understand all this but I didn’t even sleep over. I had to go leave her room out of embarrassment and go back to Muhika yet I had paid my 10,000shs for a sleep over.

The next time, it was Carol (not real names) from Nakiyingi hostel. She was a well endowed Social science student. We tried to get intimate and when she looked down at me she said I was too big for a normal guy. At first I thought it was just these girls but the list of girls who refused to get intimate with me is so long because of my manhood.

I am going to my 4th in campus and till this date I have only had sex with one girl in campus and that was only once. I do not know where she went because she blocked me. The thought of sex alone makes me sad because I have really never experienced it like most guys. I never even attempt at having anything intimate because girls stop me along the way. Many guys are excited about the idea of sex but I cannot relate. I tried sharing with one of my mates about it but he thought I was just showing off.

I honestly do not know what to do because I want to be normal like any other guy and have a partner but my manhood just won’t let me. Sometimes I lose my mind with thoughts about me not being normal. I have attempted suicide once but I just could not go through with it. I need help but just don’t know where to get it from.

CONFESSION: How my Manhood Caused me Depression