6 signs he really likes you 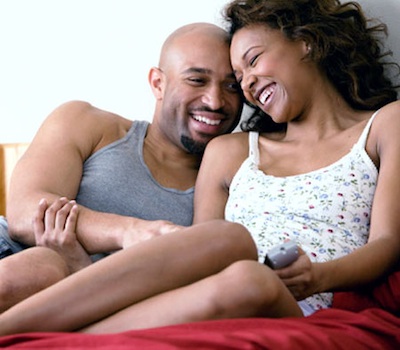 Guys can be extremely confusing. Since they like to act hard to get and to show their friends that they are invincible, many times it’s pretty difficult to know whether he has fallen for you or he is just playing around with your feelings. Here are six ways to know he has fallen for you but he hasn’t yet found the words to say it.

1. He’s not afraid to double text

In the beginning of any relationship, texting twice in a row is very terrifying as both parties don’t want to show exactly how they feel about each other. If a guy is into you, he won’t mind double texting, he will give it his best shot, he ditches self consciousness about double texting and he will freely flirt and whatnot.

2. He’s down to sleepover at your place

In the start of relationships, many guys enjoy the comfort of their beds and are very hesitant to ask to stay at your place. When he wants to stay over at your place all night, then you know he a little bit wants you more than you might know as he is willing to just stay and cuddle with you all night.

3. He wants to go shopping with you

When he wants to be seen with you in public, that’s a big step as he is trying to show you off as his mate. It’s at this point that your dates become regular things that you do together for the enjoyment of each other. It shows that he wants to be with you- no matter the situation.

4. He’ll actually say the words ‘I miss you’

Why is it so hard to admit you miss someone you like? Probably, because you fear admitting that you are into them- which anyways is the truth. But just like you fear to say those words, so does he, but a guy that is really into you, will just say the words.

5. He wants you to meet his friends

To a guy, meeting his boys/friends is a very big step and that is one sign that he has fallen for you entirely, or may be not. It matters that he knows what you think of the people he cares about. It’s a big step and just know he is falling deeper.

6. He does subtle PDA

Very many guys are afraid of PDA (Public Display of Affection) and even the thought of it as it shows a certain level of vulnerability when they are close to someone they actually love. But when he starts randomly grabbing your hand in public, placing his hand on his shoulder, then know he has fallen for you.

With these few signs, you can know whether he is really into you or he is just playing games with your heart- more to it, know when to run away.