‘I ejaculate in 20 seconds, how do I last longer?’- KIU Student

by The Fixer
in Dating
Reading Time: 3 mins read 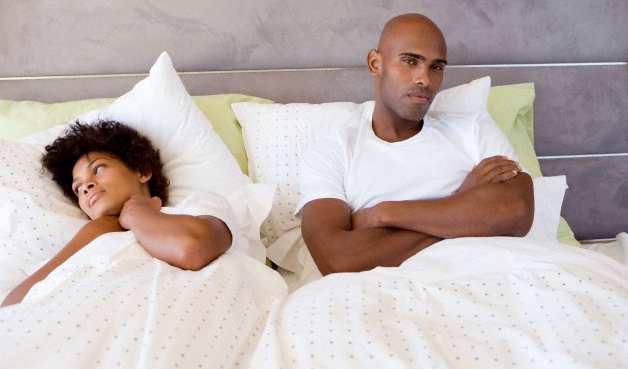 Once sex begins, I finish in about 20-30 seconds and my chic just remains laying staring at me, disappointed. I want to be able go hard….I want to last longer in bed, man. I hear my roommate goes for an hour nonstop. This is stressing to the point that mob chics in my class express interest in me but I try my best to avoid them due to the disappointment which I know they will face when we try to sex. I want to be able to last long during intercourse and please my babe. My relationship may soon end because I suck in bed. What should do? Are there any herbal medicines that can cure this? Please, let someone out there help me.

Dear Phillip, I am sure this is going to end soon. First, Sex is not an exam, and you are not failing at it if you ejaculate “too early.” Sex is about what brings pleasure to you and your partner throughout the whole experience, whatever that is at a given time – so, necessarily, it is completely individual and unique to your and your partner. And it’s about a lot more than your penis or when you ejaculate.

The average time it takes a guy to ejaculate once vaginal intercourse starts is just shy of about 6 minutes. Kati that’s more like an average figure, and the numbers here can vary depending on a few factors like age. And for someone as young as you, or say, if someone has taken long without having sex or sexually inexperienced, ejaculation often happens more real quick. You feeling nervous about it and freaking out about how long you will last can also be a bit self-fulfilling and result in ejaculating quickly.

First, What could be the cause of this?

You’re probably stressed with books, coursework or generally school. It could as well be anxiety or you simply do not have sex frequently (which is a good thing).

You’ll want to try and not let yourself be influenced so much by what you think others expect in the bedroom, or what you assume others do in the bedroom. The truth is that our popular image of sex, the way sex is often portrayed in the media or on TV, is not actually how sex usually works in real life.Often even the way that people talk about sex isn’t often the way that sex works in real life: Plenty of people exaggerate how long they “last,” because there is a very pervasive narrative in our culture of judging people based on that. However, that is not always very realistic. Plenty of people or the media also often present sex as being about intercourse alone or mostly, when in reality, people with satisfying sex lives they enjoy rarely are just having intercourse.

Let’s look at your idea that you roommate is having intercourse for an hour at a time. Aside from the fact that the vast majority of people with pensises will ejaculate before that, as you can see from the average numbers I mentioned above, intercourse that goes on for that long is also not likely to be very comfortable or awesome for the person with the vagina. Rather, people tend to switch things up and engage in various different forms of sex – such as manual sex or oral sex, for example. So, when it sounds like your roommate is going at it for an hour? They are probably not having intercourse that entire time. If they are, chances are that everyone in the room isn’t having the best time ever.

But then, here’s how you will last long;

Real experts solving real everyday campus students' issues. Have a problem you wanna fix? Email us, we'll inquire from the experts for you: editorial@campusbee.ug