Signs that A Guy Is Giving You A Cold Shoulder 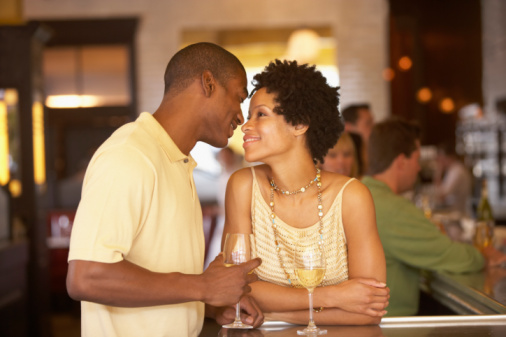 Young couple with drinks at bar in restaurant, smiling, side view

Have you ever wondered if a guy that you’ve noticed actually likes you back? Yeah, I know, a lot of women think about it at least once in a lifetime. We all are humans, and the willingness to get what we want is irresistible and quite understandable. The problem is that a lot of articles that are aimed to detect those subtle feelings are based on women opinion. Not that there is something wrong with it, but male and female way of perception is drastically different. It’s always easier to go from an opposite tack and detect what’s really unpleasant to your companion. So, here are some signs when the guy doesn’t like you, coming FROM A GUY:

1) He is busy. Not all of people use social media for chats, memes and liking posts. A lot of guys actually just want to search for some information or use DM’s for work, believe it or not.

2) He’s shy. There is a high chance he stalks you online just as much as you do. He understands you are online at three in the morning, but a poor thing can’t acquire enough courage to text you.

3) He had no intention. Unfortunately, it’s the most common problem. My friend says that if a man likes you, he won’t miss an opportunity to talk to you. Sometimes there is no reason to search for da Vinci’s secrets in quite understandable things.

Sometimes it happens that he was flirting or even texting, but he doesn’t do it anymore. The main reason why boys do that crap is when they originally call you out of bore. Or you were just a plan b.