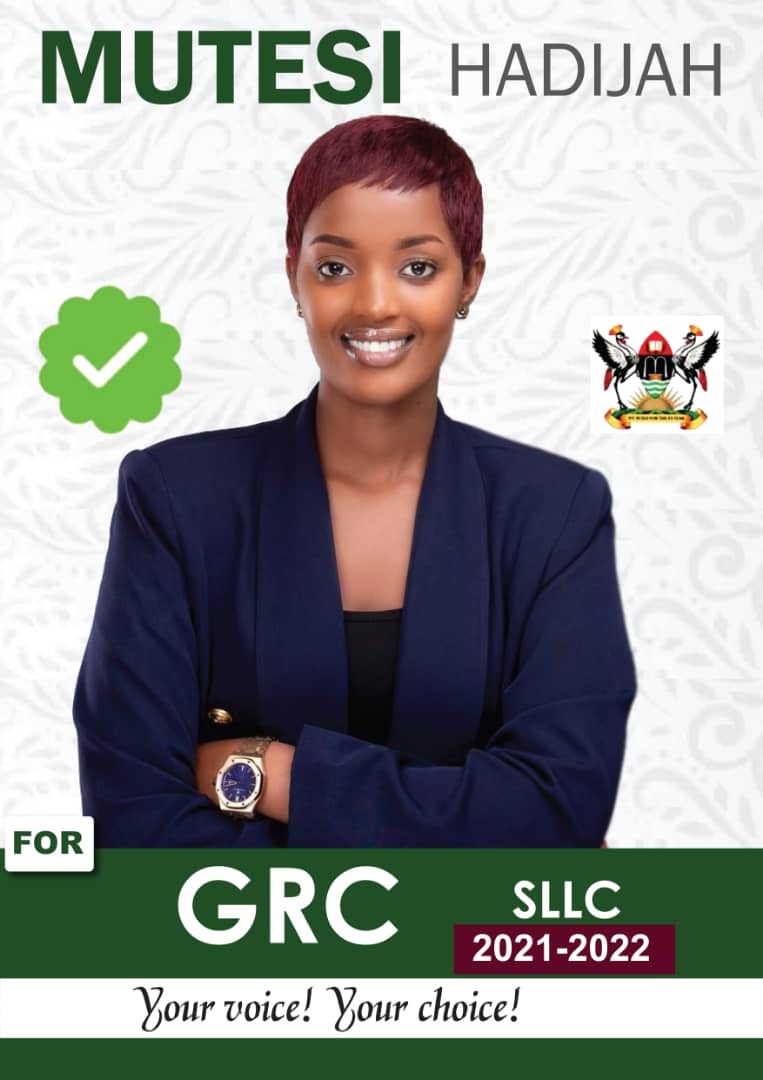 Makerere University is into another exciting season of elections where the best stand out of the ordinary to take on the responsibility of leading the rest.

Today, we shine a light on one of the ambitious female candidates vying for the position of Guild Representative Council (GRC) at School of Literature, Languages and Communication (SLLC).

She is in her first year, offering Bachelors of journalism and mass communication. In her manifesto, among other many, she plans;

To advocate for the better strengthening of internet connection throughout the campus since online classes the new norm of operation.

Adding on her profile, Mutesi Hadijah says, her role model is Harris Kamala, whom she has followed since her first day in politics, with her catching quote “what I want younger girls to know is you are powerful and your voice matters, don’t let anyone ever tell you who you are.” Kamala says.

Wishing Mutesi the best of luck!