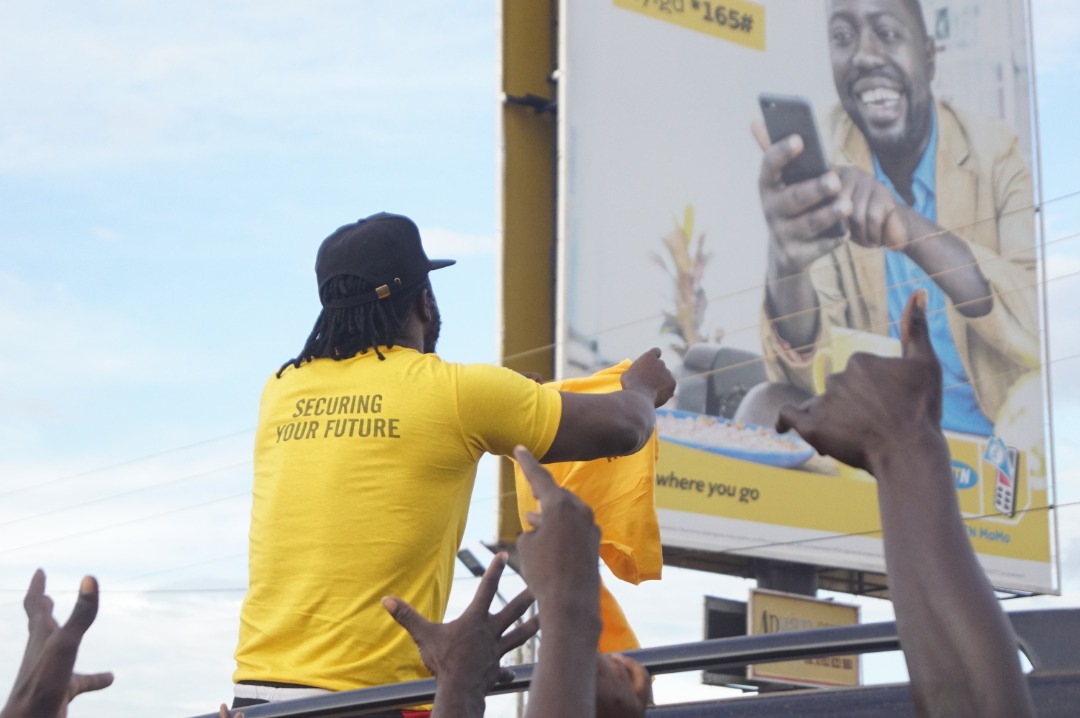 The strong and able leader, who many young people (Bazukulu) in Luweero wanted to meet badly had a meeting with LuweeroNRM leaders before taking the campaigns to radio and TV later in the evening.

The Bazukulu group was led by singer Bebe Cool and joined by other talented singers like Catherine Kusasira, Big Eye, Phina Mugerwa aka Masanyalaze among others. The lit day was characterized by dancing, screaming Museveni’s name passionately at the same time capturing the moments.

“No change, Sevo should stay” was one of the most common line chanted by the Bazukulu as they assured the old man with a hat that they will vote him back into office. The Bazukulu, who were not allowed to grace the venue where Museveni met the small group of leaders actually enjoyed hitting Luweero streets.

Museveni, who is now expected to traverse the whole country preaching the Securing Your Future manifesto will only meet small groups of people in  a bid to slow the spread of COVID-19. However, he will also appear on radios and TVs of each region he visits and continuing students at home should stay put and listen on how they should secure their future.

Below are some photos from yesterday;