Kyambogo Graduate Arrested For Claiming He Can Cure COVID-19 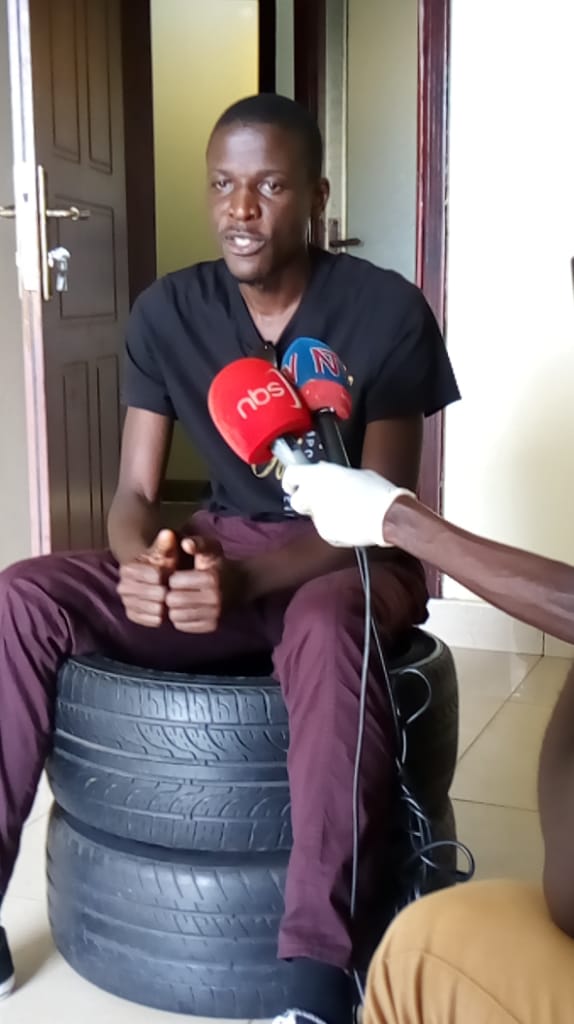 The Directorate of Criminal Investigations (CID) in Kibuli is currently holding Robert Mijumbi, a Kyambogo University graduate who recently claimed that he can cure Coronavirus. The arrest went down on Tuesday after the CID called Mijumbi for a ‘brief chat’. It was however discovered that the CID acted on the orders of National Drug Authority (NDA).

Campus Bee has further established that CID officers together with officials from NDA yesterday (Wednesday) invaded Mijumbi’s residence in Bweyogerere, Wakiso District and searched the premises before taking off with some laboratory equipment.

The residence, which doubles as head offices for Biobert Research Group were reportedly searched thoroughly before taking back Mijumbi to the coolers.

“He was called yesterday, then he went to Kibuli. Today they searched his residence and took some equipment and he has been taken again to Kibuli.” A source who preferred to remain anonymous told Campus Bee.

Mijumbi has been trending following a letter he recently addressed to the Ministry of Health in which he offered to deliver the COVID-19 cure within ten days. Mijumbi also claimed that he has successfully treated one HIV patient with the same procedure which he believes can instantly kill Coronavirus.

Few minutes before he was taken back to Kibuli, Mijumbi told journalists that he wishes to meet President Museveni physically so that he can explain to him more about his research. According to Mijumbi, he will prove his claims of curing Coronavirus if he is given an opportunity.

“It is my request that I have a one on one meeting with the President because he has done a good job when it comes to HIV prevention in Uganda and it would be a good idea for us to have a one on one discussion.” Mijumbi said before he was taken back to CID headquarters in Kibuli.

Experts have accepted that Mijumbi’s Biologics technique is indeed sophisticated but it remains a mere hypothesis for now since he has not tested it with the resources they believe it deserves.

Mijumbi is a Kyambogo University graduate of Science Technology – Biology who also doubles as the CEO for Biobert Research Group. The company is reportedly following up Mijumbi’s case and their lawyers are already working to see that Mijumbi’s research is not trashed but rather appreciated.

Having COVID-19 Isn't a Crime - Bedridden Patient Tells Her Story