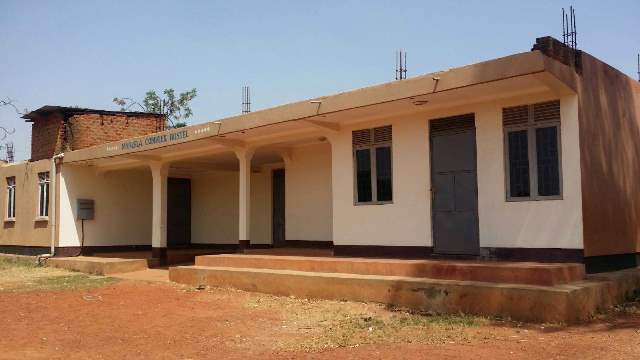 Apparently, we have all heard about this university, yes Gulu University!, but how well do we know it?! Here are some facts you didn’t know about it!

The students really redefine the statement “wear what you want”! This is common among the male students who wear “lugabire” to class! yes, those sandals made from worn out vehicle tires! Historically, these sandals are known to be worn by herdsmen to protect their feet from being hurt by thorns and sharp sticks while they are grazing! It really gets one wondering whether the uni has thorns in its premises. Did i mention that some of them actually wear bathroom slippers to class?!

During examination period, the students flood the garamba (a forest western side of the uni) to read! A sight of the students reading in the forest bushes could get you thinking they are seeking divine intervention from the “forest gods”, that is if they exist!

The hostels have no sign-in rules. Economists would say, Freedom of entry and exit in and out of the hostels, except for the medicine students’ hostel, where you are not asked to identify yourself before you sign in. All the hostels that are supposed to be flats have only one or two complete floors, the rest of the floors still await divine intervention because they have been that way for ages!! This is with the exception of hostels for the medics.

When the students run low on finances, their only savior is cassava chips, commonly known as “gwanna”, and odi, (a mixture of simsim and groundnuts paste), no wonder they leave campus very strong!

During the rainy days of their wallets, rolex stalls and local hotels around the campus are usually flooded with students meanwhile the gwanna vendors go on leave knowing they will resume work around campus midway the semester when the students’ wallets are comparable to the sahara desert! The gwanna comes in handy since cassava is majorly grown in the northern districts of the country to the extent that gwanna for UGX 500 could serve your breakfast, lunch, evening tea and supper!! After feeding on cassava chips, odi and water, the students foot to campus because none of the hostels has a shuttle, even hostels that are miles away from the campus.

During days of water shortage, students move to village wells are boreholes since their hostels do not have water reservoirs except for a single sex hostel run by nuns and is for female students, which has its own borehole in case of water shortage, has inbuilt charcoal stoves for the girls to cook, and the nuns frequently check on their girls!

Gulu uni students don’t really know how to party, but these guys read like there’s no tomorrow!! We just got started!