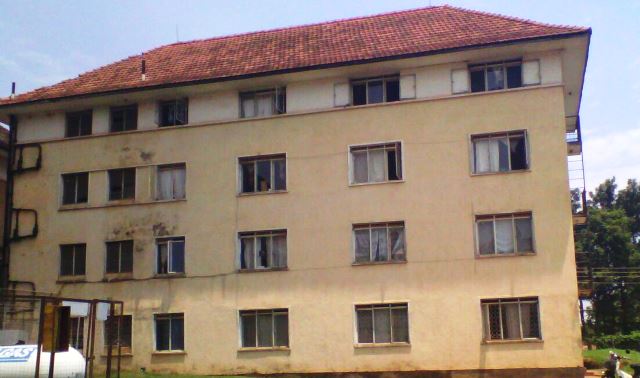 MAKERERE: In the wee hours of Tuesday morning, stone wielding thugs attacked, block P of Livingstone hall Makerere university. Using a torch and ladder, the thugs silently, climbed and attempted to break into the room through a window. Whose shutter had been left open. The thieves awoke one of the room occupants, Timothy Kaisoka a business statistics 2nd year student, who screamed out loud ;”thief “.

His room mate, Wali Sameer, woke to the noise sat on his bed before a rock came crashing through the window, breaking it. Another rock, the size of a small brick was hurled, it caught, the wire mesh and hit Sameer, a 2nd year industrial Art student, in the face, breaking his lip.

He unfortunately suffers from, some ailment that prevents clotting of blood thus he bled so much that he was rushed to Mulago where he is, currently. Police arrived at around 5am, brandishing AK 47s… Two hours late. There aren’t security lights on the side of the hall, and besides, the absence of real security is an incentive to such crime, this isn’t the first time ladders are being used,… Windows that face outside lack burglar proofing.