“We aren’t moved, don’t scare us!”- Mak law students respond to their Dean 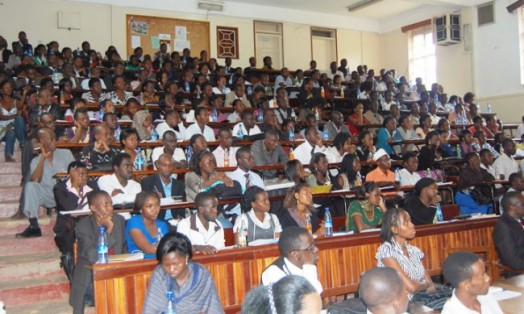 Well if your brother, girlfriend, sister, sibling, sugar parent is a student at the prestigious Makerere school of law, inform them that the ferocious Dean, Muk School Of Law, Damalie Esther Naggita Musoke, has stamped her feet on laxity at school of law by categorically stating that lessons kick off promptly on the first official day of the semester.

From the strongly worded dossier pinned on school of law notice boards and as show of serious business on social media too, it’s clear Miss Naggita is a woman on a mission. The statement is a call to all law students to report to class as lectures will promptly kick off first thing Monday (today) Feb 1st.

Law students contacted by this reporter voiced disappointment at the speed with which holidays zoom by, yet the semester painfully drags on. A third year student only identified as David was defiant. “Some of our lecturers only report if the next month’s salary has been wired on their account, unless the Dean is going to teach personally, i’ll extend my holiday.”

The No nonsense dean is on record for having employed a full-time roll call taker at school of law and she enforced the roll call policy by stopping students who hadn’t attended 30% lectures from doing course work.

A second year gentleman identified as Anthony, a resident of Nsibirwa with jest remarked. “Oyo baby ayogera nyo, wabigambo byoka!” loosely translated to mean; “That lady is just a talker.” There you go counsel; forewarned; forearmed!