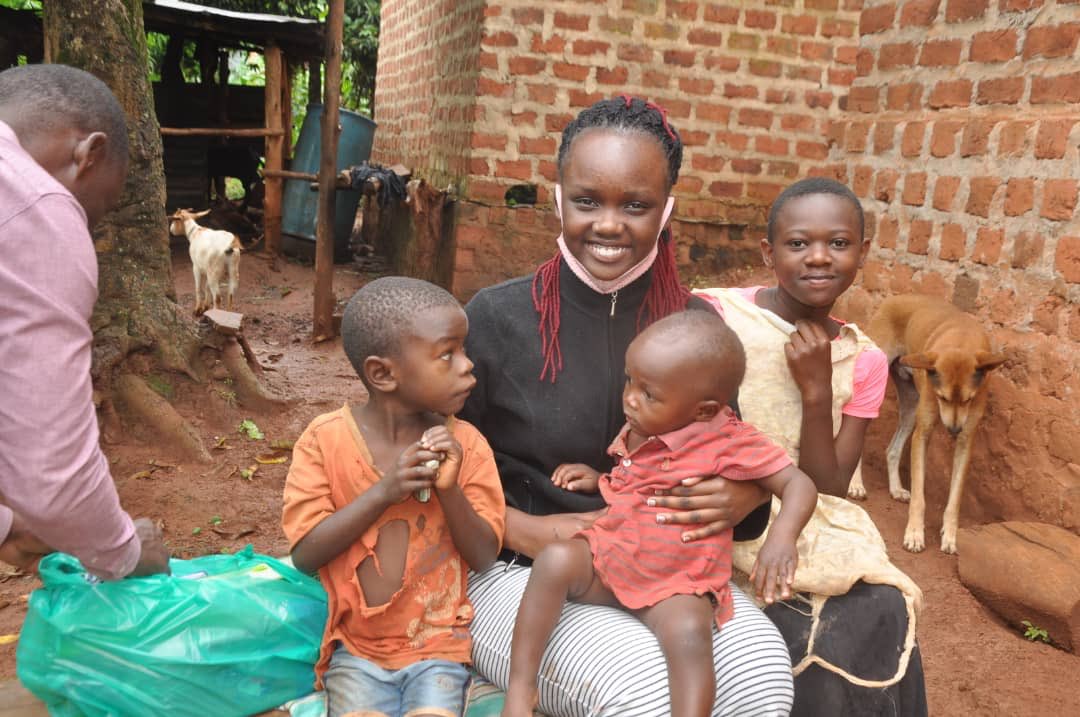 At the age of 13, many people are pretty much not sure of what they want to do with their lives. Some, if not most, are struggling with adolescence and wondering what career paths they’ll eventually take on.

However, this is not the case for 13 year old Kamfart Nabiryo who has today launched her foundation called ‘Bambi Foundation’ to help children in need.

Kamfart was born in 2008 in Kampala and went to South Sudan a year later where she met her friends Abu and Suzan who were not doing well financially.

“Abu and Suzan used to play with me and we used to have fun but their living conditions were very hard. They lived in a tiny thatched house and had only one meal a day,” Kampart narrated.

She was disheartened by their condition because she felt that no child deserved to live like that. Although she later left South Sudan in 2012, she promised to go back and help Susan and Abu one day.

“Suzy and Abu are just 1 but there are millions of children in the world who are suffering, going through terrible conditions. Many children don’t have basic needs, many children are abused everyday,” she added.

It is from this basis and experience that she was inspired to start the Bambi Foundation.

“My fight is one, Help the children with whatever I can. I want to be an advocate for the underprivileged children, the disadvantaged, the suffering, the hungry, the sick, the orphans name them,” she said.

With just UGX 500,000 that she got from her father, Kamfart hopes to slowly make an impact in the lives of many children in need.