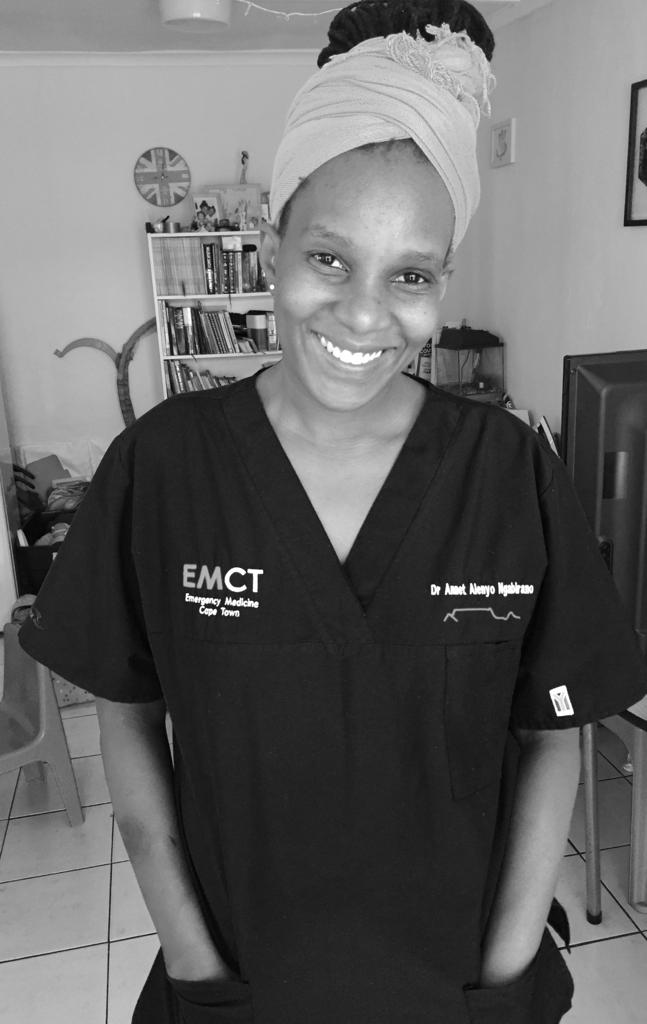 Dr Alenyo Ngabirano, an Alumunus from Mbarara University of Science and Technology (MUST) Medical school was last week elected as the new President of African Federation for Emergency Medicine (AFEM) after her tremendous presentation that secured her victory.

AFEM is an international consortium of Africa-focused emergency medicine organizations with its Headquarters in South Africa. AFEM aims to strengthen emergency care in Africa by leading collaborations and prioritizing health advocacy through the use of strategic research agendas.

Dr Alenyo presented a paper on Technology Entertainment and Design (TED) that is also aimed at promoting togetherness. She is currently a practising Emergency Physician in South Africa’s Public System and she is supporting the faculty of medicine through EM residency at Makerere University.

Dr Alenyo believes that African Emergency health care can still be better, she also revealed that she is always guided by Nelson Mandela’s quotes especially the one that says “Impossible only takes a little longer.”

Alenyo was born a real leader because she has served in various leadership positions both at University and National levels and these are : Co-founder and current president of Emergency care Society in Uganda, General Secretary Association of Ugandan Women medical Doctors, she also chairs Ethics and Profesionalism committee on Uganda Medical Association Central branch.

While at MUST, Alenyo served as a GRC for three years, Secretary Sports Union and later on she was appointed as the Guild Minister of Health.