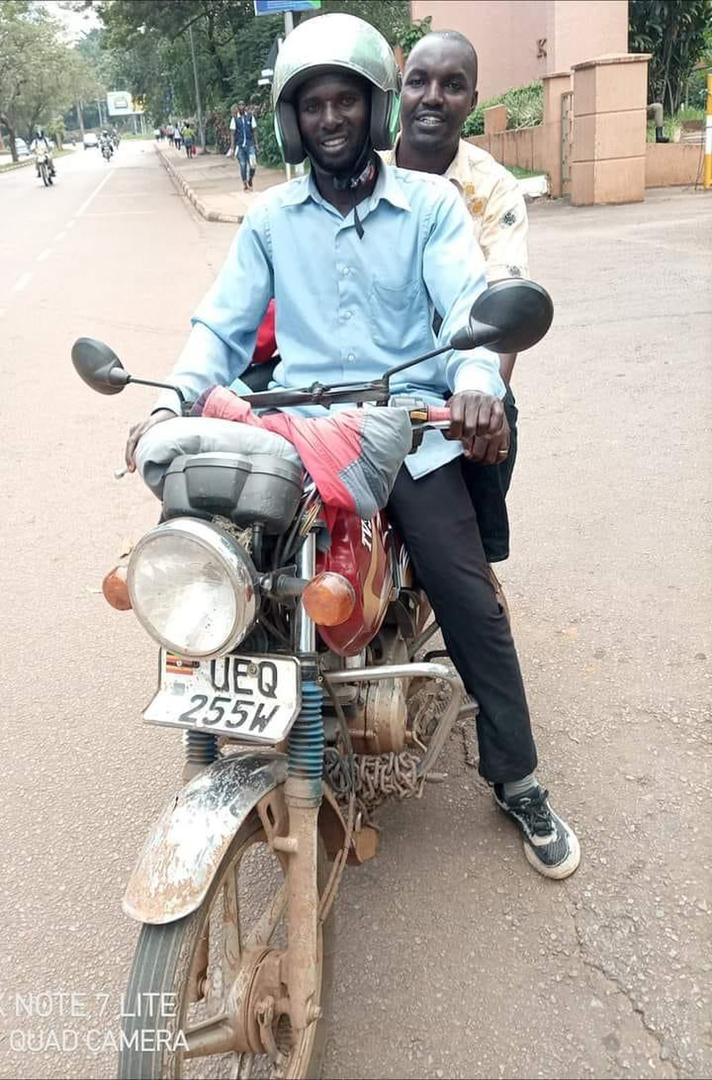 Today we are unveiling a group of university graduates who chose to invade the Boda Boda business after failing to secure jobs. The graduates who now say working as Boda Boda cyclists pays way better than most white-collar jobs have no regrets, adding that they can earn between UGX 350,000 to UGX 700,000 per week.

Mr Kenneth Mujuni, who emerged the best A’Level student at Kabale SS joined Makerere University for a Bachelor of Environmental Science on government sponsorship and later graduated as the best in his class. Mujuni looked for jobs for a couple of years but he couldn’t find one. He is currently working at Makerere Main Gate stage and according to his narration, he saves up 35000ugx per day.

Another rider is Mr Stephen Ojula who graduated from Nkozi University with a Bachelor’s Degree in Public Administration in 2018. Ojula failed to secure a job for two years after his graduation which gave him no option but to become a Boda Boda rider.

According to Ojula, the motorcycle he rides belongs to one of his colleagues, who is also a rider and graduate of Business Administration from Islamic University in Uganda (IUIU).

“I had to abandon the hunt for the office job because it had become tiresome and depressing. I had even lost hope and grown thin,” Ojula said.

The 29-year–old resident of Adam Village in Kwapa Town Council, Tororo District added that although being a boda boda rider is extremely tiresome, it pays well compared to othe jobs. “l am assured of my Shs30,000 in my pocket each day whenever I leave home, but if this motorcycle was mine, I would be earning and saving more,” he added.

Ojula, who operates his boda boda mainly in Tororo Municipality is one of about 700,000 graduates who enter Uganda’s job market each year, but out of which only 90,000 get formal jobs irrespective of their qualifications.