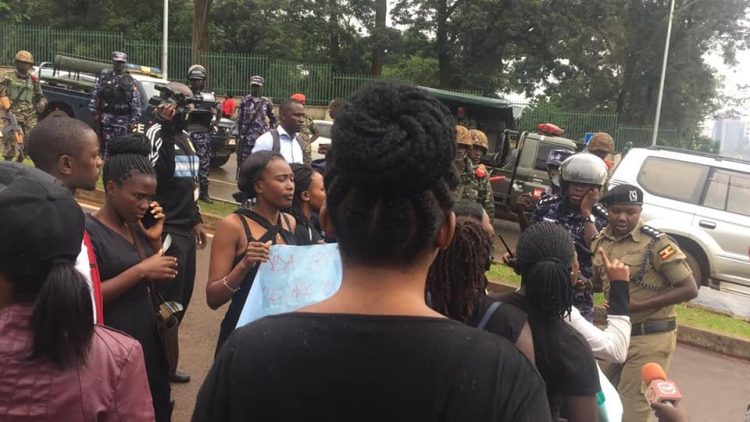 Speaker Rabecca Kadaga lashed out at the members of the National Resistance Movement (NRM) caucus for undermining the powers possessed by parliament. Kadaga made this strong warning during Wednesday’s plenary session following a matter raised by Hon. Mathias Mpugga who sought her clarification on the resolutions made during the Monday caucus meeting at state house Entebbe where it was agreed that the 15% tuition increment at Makerere University be upheld.

Mpugga said that two weeks ago, the parliament debated immensely about the matters of Makerere University and directed the education committee to investigate and report back to parliament on 13th November but was instead shocked when media was a wash with information that the ruling party caucus had sat and resolved on that very matter.

“Although I don’t attend caucuses, I also read somewhere that some MPs had taken positions in that meeting.” Kadaga affirmed the complaint.

It’s at this point that she asked those MPs to stop undermining parliament saying that when they enacted the administration of parliament act, they wanted to be free from executive but now members are lifting issues in parliament and are going to the executive to undermine the parliament.

“Although I don’t attend those caucuses, I want to retaliate, stop undermining parliament, stop disrespecting the institution.” She added.

Kyambogo Graduands Clear Through a Window, Graduation Slated for December