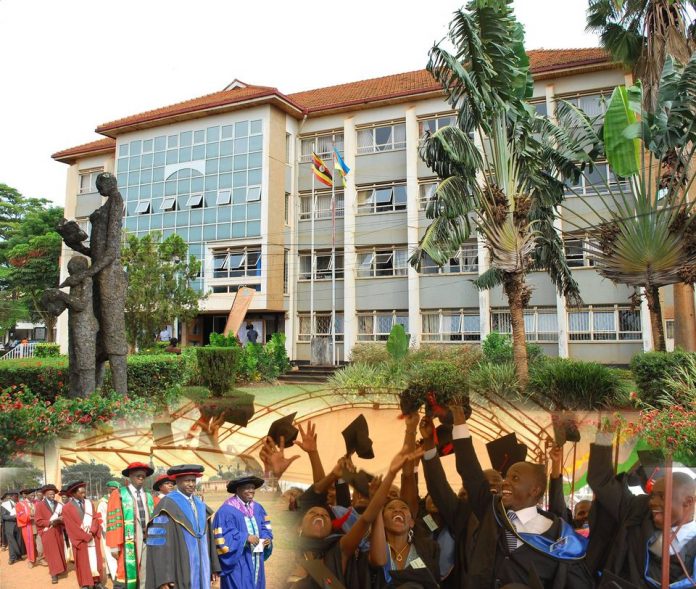 As Kyambogo University approaches it’s 17th graduation ceremony, reports reaching the Hive indicate foul play and inequity on who gets to graduate and who doesn’t.

These are mostly centered around the Faculty of Science, specifically under the Bachelors of Science in Chemical and Process Engineering – BCHE.

In a bid to uncover whether these allegations had any certainty to them, our reporter spoke to a number of students and faculty members alike and the out come, though rather shocking, somewhat gave more clarity and context to these silent murmurs.

While speaking to one of the affected students alias Moesha, our reporter learned of a brooding conspiracy in the department to cover up various losses of student courseworks and marks through the use of remedial courseworks and assignments with clearly unreasonable deadlines the likes of which have never been seen before in the faculty.

Not only were these not considerate to students that were either way too far or offline, there was also no clear and open communication made to cater for all concerned by the department administration.

Our reporter learned of the various complaints forwarded to the head of chemistry department, Dr. Sarah Nanyonga that were all but in vain and also uncovered that the root of all the commotion was purely administrative and therefore had nothing to do with the students.

While seeking more clarity, our reporter chose to contact a few administrators though all were uncooperative. As such, some other teaching staff under said faculty were contacted and more light was shade onto this blooming scandal.

A particular lecturer that cooperated only under the gauze of an alias informed our reporter that these misunderstandings resulted due to the untimely death of one of the faculty members in September, Dr. Okullo Aldo who was directly in-charge of this coursework.

As such, the responsibility was passed down onto to Dr. William Wanasolo who in so doing, “might” have gotten it mixed up or misplaced as a result of the increased work load at the time. (Direct quote from lecturer).

Not to bias the reader, but it should be noted that Kyambogo finalists reported for their closing semester on the 17th of October 2020 which leaves gaps on how exactly this missing coursework was not noticed for all this while. But let’s continue.

As a result of these missing coursework marks, numerous students find themselves in a dilemma of retakes and the University insists that these shall not graduate despite the remedial courseworks and will have to wait an entire year for an error that is clearly out of their ability for the 18th graduation ceremony come 2022.

Now reader, it comes down to you basing on the facts and events shortlisted above, to judge whether there’s truly inequity in the institution or whether the reporter is merely blowing things out of proportion (As we are so often told).