MAK VC Suspends Student for setting fire in the University 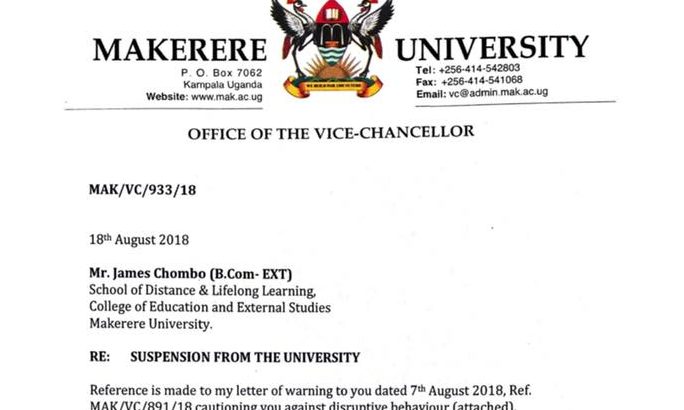 The Vice Chancellor of Makerere University Prof. Barnabas Nawangwe has suspended James Chombo, a Bachelor of Commerce student at the university until further notice. James is suspected to have masterminded despicable acts of violence that involved setting fires and blocking of free-flow of traffic along University roads, drunkenness and use of foul language on Friday 17th August 2018.

This news was confirmed by the Vice Chancellor himself through his social media platforms where he posted the suspension letter to the now suspended student.

Despite being a non-resident in Lumumba hall, it is alleged that James Chombo forced students out of the hall in the night of Friday 17th August 2018 and compelled them to join him in a demonstration in the university vicinity until around 2 am on Saturday morning. The student further went forward to block the free flow of traffic along university roads, setting of fires and also drunkenness and use of foul language.

This isn’t the first time Chombo has been in such illegal activity at the university and had on many occasions been warned about his conduct by Prof. Nawangwe. The university security has been instructed to collect all university property Chombo has in possession and to make sure he does not set step in the University until his suspension is lifted. 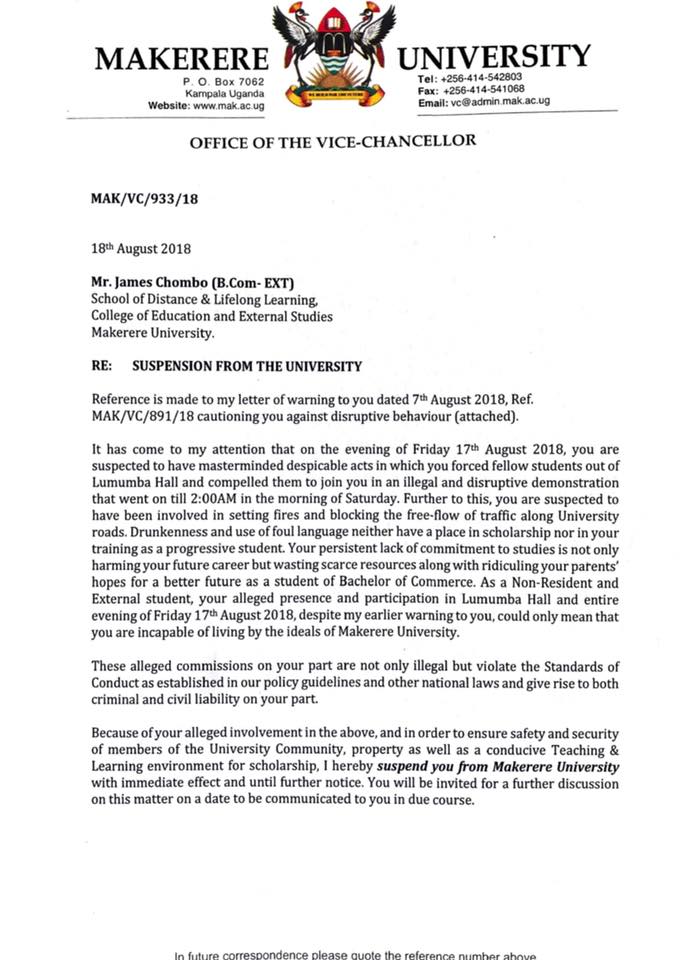 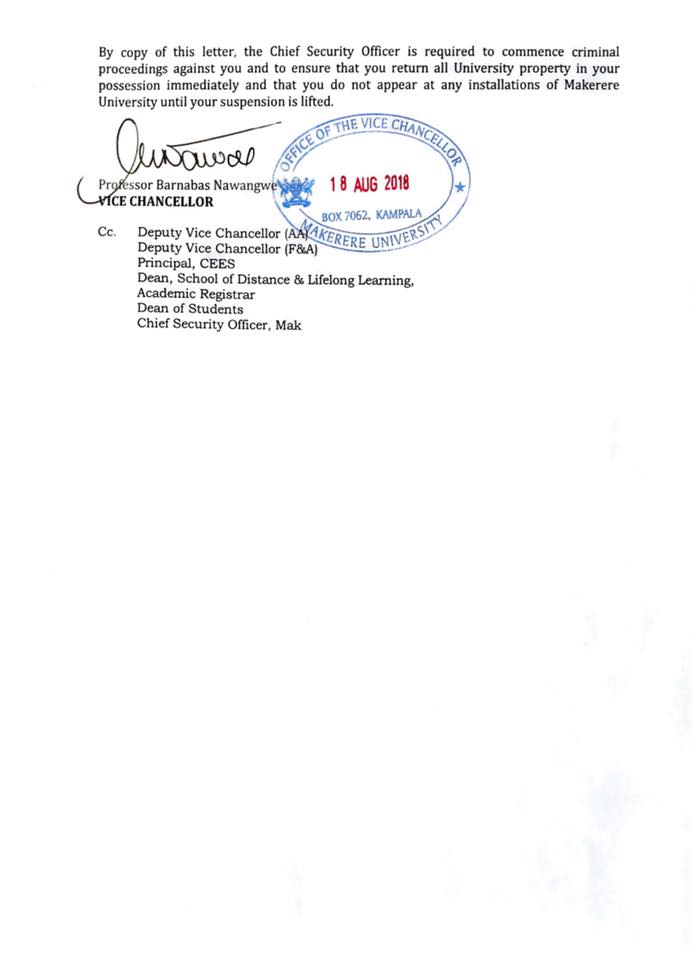 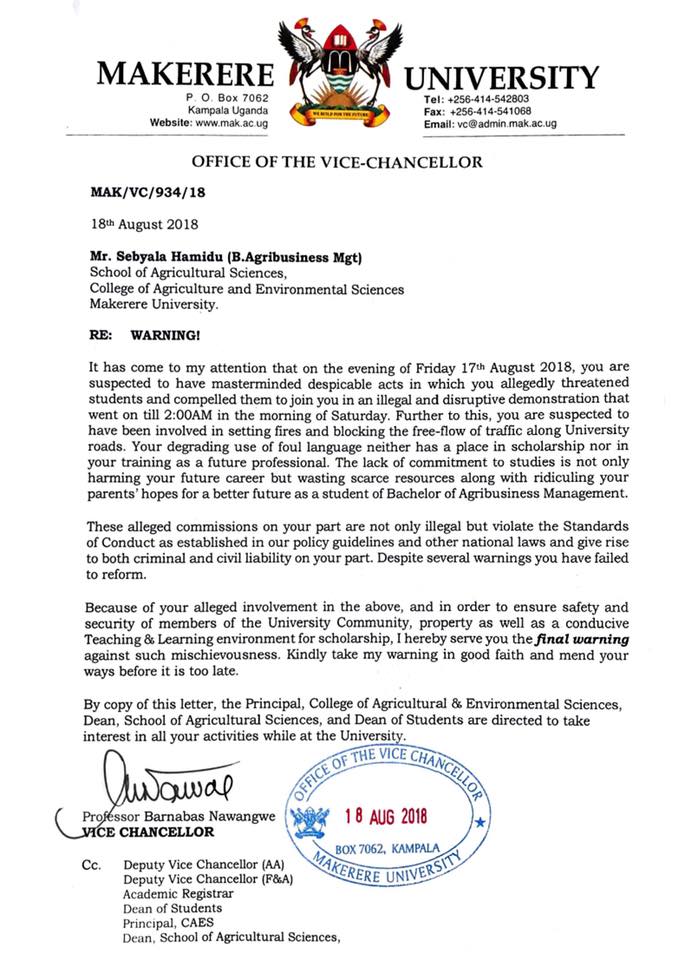 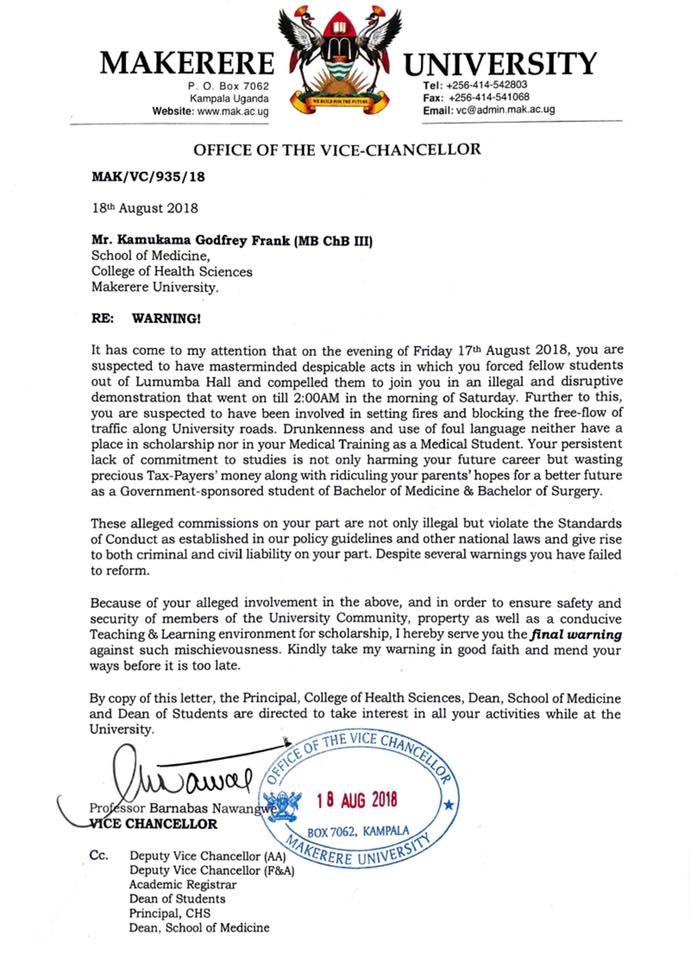