Makerere’s Campus FM to be Re-opened 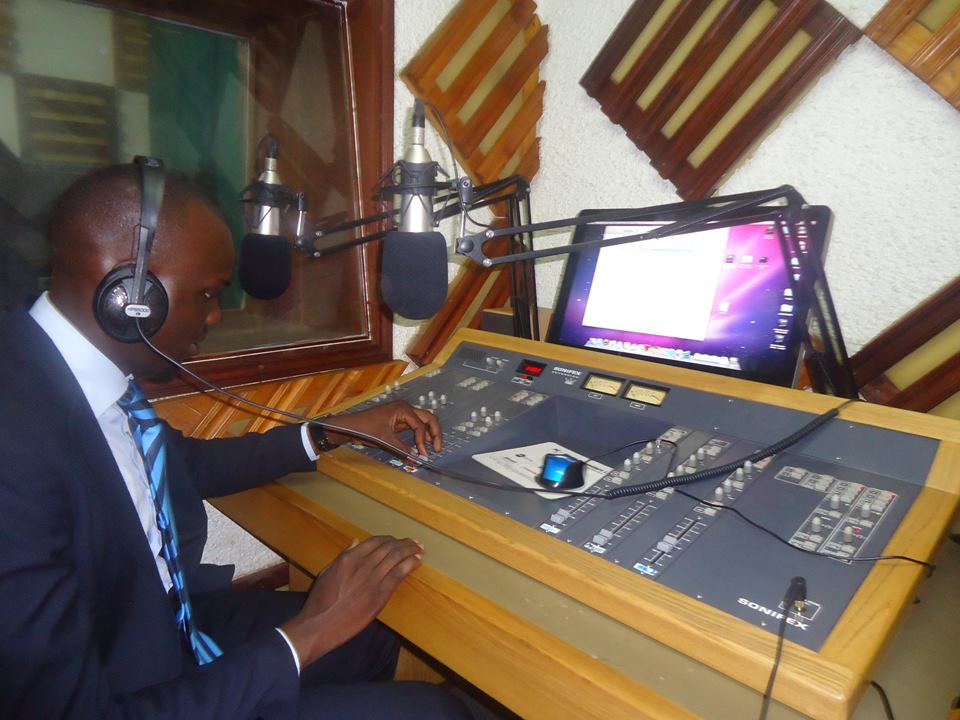 MAKERERE: The guild president of the Alma Mata Makerere University H.E Bala David Bwiruka together with his cabinet was honoured to be welcomed at Department of Journalism and Communication on Monday 27.
In a meeting, Dr. William Tayeebwa the head of the department noted that Campus FM was closed in 2009 and the licence taken in 2011 by Uganda Communications Commission (UCC).
He added that the major reason for its closure was failure by university to pay licence fees of 3million per year which kept accumulating to 15 million that we owe UCC.

“Every radio station in Uganda pays 3million shillings for licence, for our case since we had been given a commercial frequency 107 FM, at first, the university was ready to pay this money, however, as time went on, the university declined to pay saying it was not financially benefiting from the radio. I actually don’t know why the university cannot fund the only lab in the Humanities yet it injects a lot of money in other labs like in chemistry, physics and others,” Tayeebwa said.
Other issues regarding its closure were technical where by the radio did not have filters then. However, United Nations Educational, Scientific and Cultural Organization (UNESCO) donated the equipment to the department and now it is fully set.
“As years passed, the debt kept accumulating and as of now, the university has to first pay a debt of 15 million shillings. UCC has instructed us to reapply, however, our case is unique, and Campus FM is a student’s lab / studio that should not be paying,” Dr. Tayeebwa added.

Way forward
UCC argues that it no longer gives frequency to any FM station that transmits from the central because the spectrum is over.
Dr. Tayeebwa said; “we have made our case to UCC and they have promised us a frequency after the digital migration in June. We are very optimistic to have it after the transfer from analogue to digital.”
He also added that the department is in talks with the administration over space issues as the space occupied by campus FM is too small currently.

“I have discussed with the Deputy vice Chancellor Finance &Administration Prof. Nawangwe over space and they have allocated us some space in Mitchell hall for the relocation of campus FM and TV,” he added.
The department has also received request from Vision group to take on the radio as well as Nation Media Group and UNESCO to open up other studios as well as opening up the MAK TV.
Dr. Tayeebwa also asked whether the department could partner with the students guild to work and develop the Makererean since it would provide students with learning experience.
In response, the guild president expressed the guild’s pleasure and will to work with the department in developing such projects to re-brand Makerere University.

“As we have always said in our popular slogans, our mission is divine castrated. It is our request that we are brought on board as students and we know what is happening. If as students we deem it important, we can come up with a drive to solicit for funds to run campus FM than the university administration imposing money on us. What I know, as students we are very much positive and more than willing to see things move,” Mr. Bala said.

The entourage was welcomed on invitation and arrangement by the guild information minister Hon. Davidson Ndyabahika.