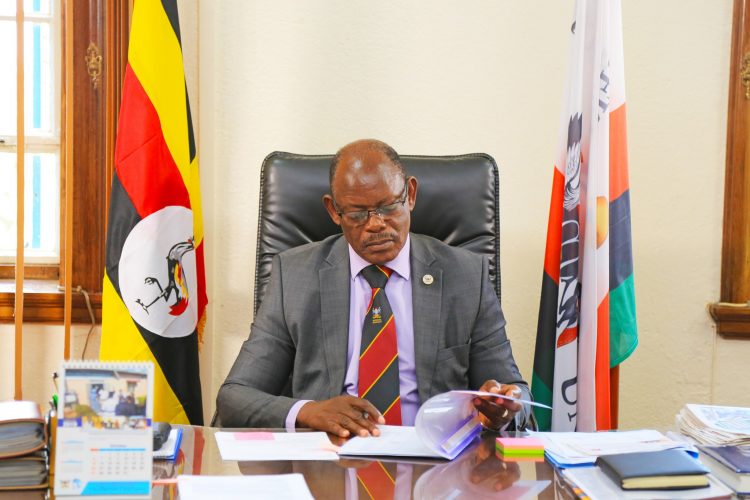 Prof Barnabas Nawangwe, the Makerere University Vice-Chancellor is set to deliver a speech at the UN Youth Plenary where he is expected to address Youth delegates and Ministers of Youth from all United Nations member states in an event themed “SDG Generation: Shaping the Decade Ahead”.

According to an invitation that the Architecture Professors says he received from the President of the United Nations General Assembly Tijjani Muhammad-Bande, Nawangwe is requested to attend the three-day gathering at the United Nations Headquarters in New York:

Shortly after receiving the invite, Nawangwe took to his social medial platforms to inform his followers about his plan to step out of the country come that time.

“Just received an invitation from the President of the United Nations General Assembly Tijjani Muhammad-Bande, to attend the UN Youth Plenary where I will speak to Youth delegates and Ministers of Youth from all United Nations member states on the “SDG Generation: Shaping the Decade Ahead, ” Nawangwe wrote.

According to the organizers, the Youth Plenary will be held in commemoration of the 75th Anniversary of the United Nations and will serve as an opportunity to reaffirm their collective commitment to multilateralism through an inclusive, forward-looking, youth-driven dialogue on the impact of digital technologies, building and sustaining peace in an era of conflict, the climate crisis and shifting demographics.

“ The outcomes of these discussions will feed into the ECOSOC Youth Forum which offers a dynamic platform for youth to engage with Member States to further identify challenges and provide solutions from young people for the Decade of Action and Delivery for the Sustainable Development Goals (SDGs). The Youth Forum will promote innovative, institutionalised approaches and initiatives for advancing the youth agenda at national, regional and global levels.” A source within the UN told Campus Bee.