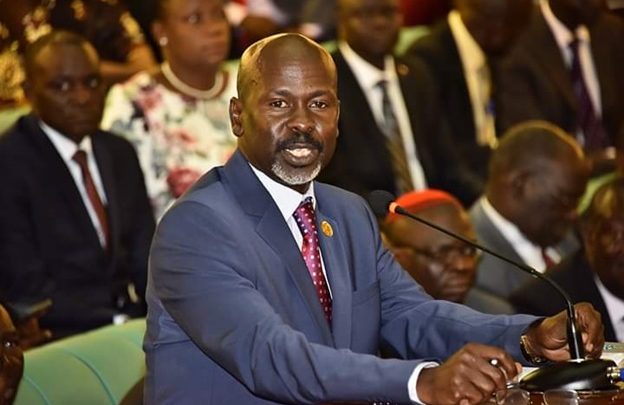 Campus Bee recently reported about the allegations that Law Development Center (LDC) was conducting online lectures and was gearing up for exams through the same platform, during the COVID-19 Lockdown. The concern was raised by a section of LDC students through Kasilo County MP, Elijah Okupa.

While addressing Parliament on Thursday, the State Minister for Sports, Hamson Obua revealed that the Education Ministry instantly picked interest and engaged with LDC administrators regarding the matter.

According to Obua, the Ministry of Education and Sports has stopped LDC from holding online lectures as well as the planned remote exams for its students.  The move forced Parliament to summon officials from the Education Ministry to explain how LDC was conducting online lectures yet the same Ministry recently stopped Uganda Christian University from doing the same.

Apparently, 70% of LDC students could access e-learning, forcing the administrators to ignore the 30%  in areas with no internet connection as well as those who cannot afford to pay the internet costs.

“We met with the Management of LDC and agreed that they should stop the e-learning until government advises otherwise, they accepted to stop and they have stopped,” Obua told Legislators.

The move left Aruu County MP Odonga Otto wondering how the Ministry decided to stop LDC from conducting online lectures yet it is the only institution producing advocates in Uganda. While ruling on that matter, the Speaker of Parliament Hon. Rebecca Kadaga noted that it is a problem because a section of students has cried out.

Okupa also told legislators on Wednesday that LDC was charging students Shs 20,000 for the online services and it remains unclear whether the scholars will get back their money.