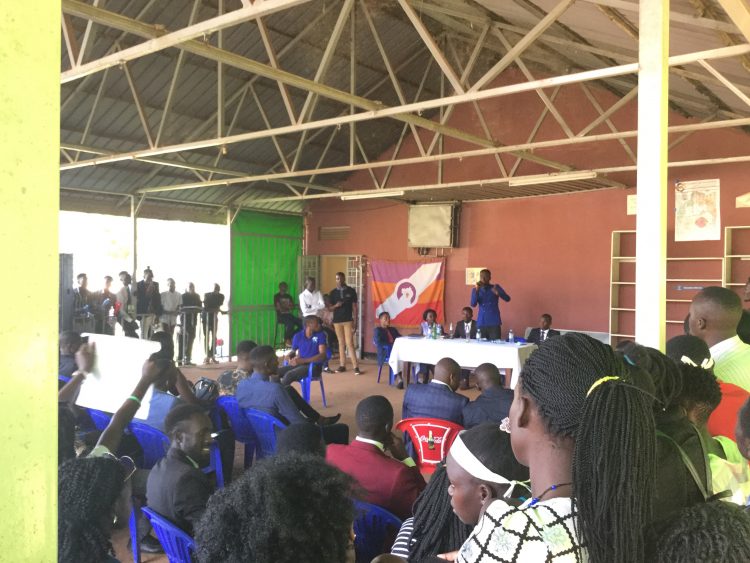 Alliance for National Transformation surprised everyone at Kyambogo University with a large crowd as it held its first ever guild presidential debate.

The new party had three vibrant aspirants who tussled out with questions to prove their worth for holding the party’s flag.

Many supporters flanked the student center with their heads tied with white bandanas ululating and shouting their voices out. Those without bandannas seemed not sure of which color to portray.

The aspirants are Balulu the catalyst, Niwagaba Boris and David Ochoa.

This year’s Kyambogo University politics has had greater participation at party level than it was in recent years.

So far the FDC, UYD, NRM have already got their party flag bearers and the people power group is set to have its official press release on Wednesday 19 Feb.

Makerere's Jimmy Kachabali Takes Politics by Storm, Girls Can't Get Enough of Him