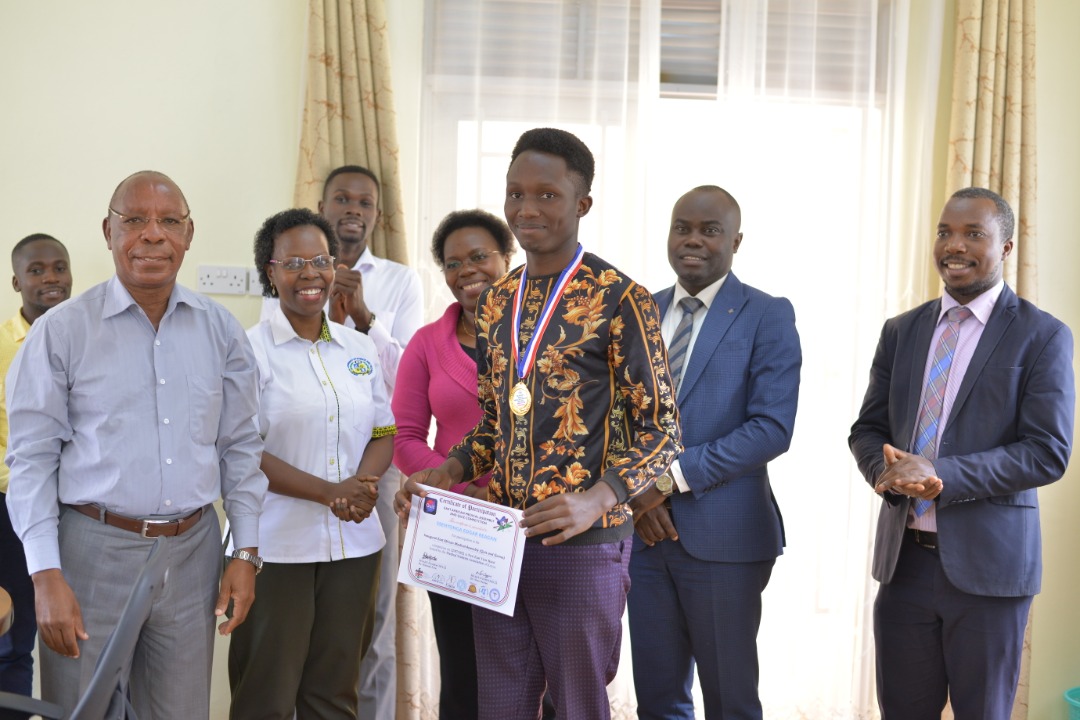 The team won the maiden East African Medical Quiz competition which was held in Kisumu- Kenya with a difference of 20 points between MUST and runners-up.

The Quiz competition was hosted by the Medical Students Association of Kenya (MSAKE) under the theme: “medical education as a translational tool in reducing the burden of non-communicable diseases.”

The team was fully supported by the First Mile program under Global Health collaborative (GHC) which motivated the participants to ably compete and win the competition.

The welcoming and awarding ceremony was organized by the faculty of medicine at the town campus and was officiated by the Dean, Faculty of Medicine (FoM) Dr.  Joseph Ngonzi who congratulated the team upon having the winning mentality and pledged to continuously support the student body in FoM within the confines of what is available.

In her remarks, the Academic Registrar thanked the team for marketing MUST across borders. She thanked the Faculty of Medicine for supporting the student activities even amidst the various challenges that public Universities face.

Martha pledged her support towards the visibility of the victors/champions by having a page about them in the next graduation booklet. She further promised to present them to the university senate for more recognition.

Mr. Kyagaba Emamnuel, Dean of Students who represented the Vice Chancellor too praised the team and the great leadership that Elvis Tamale showed in leading the team that represented MUST and Uganda at large.

He emphasized the value of commitment in achieving goals and promised to continue to work hand in hand with the student body to raise the flag of MUST even higher.

According to Ms. Annet Kembabazi from Global Health Collaborative, supporting capacity building in MUST is very vital. She added that GHC was more than committed to support students’ activities that are industrious to their success in their career development. She congratulated the champions and wished them the best of luck in their career.

The Guild President, Jastus Mugyenyi applauded the participants for raising the MUST flag. He requested the University administration to have more recognition avenues so as to motivate other students, he pointed out sponsorships for champions and a bigger recognition event where other students can attend and admire the champions.

The following stood out in team Uganda: Mr. Kirya Tevin, Walter MBChB V was team leader team Uganda and was the best overall in the Clinical work category.

In the co-calicular activities, Mr. Sekitto Joseph MBChB IV was the best in Chess and Tamale Elvis MBChB V was the best team coordinator.