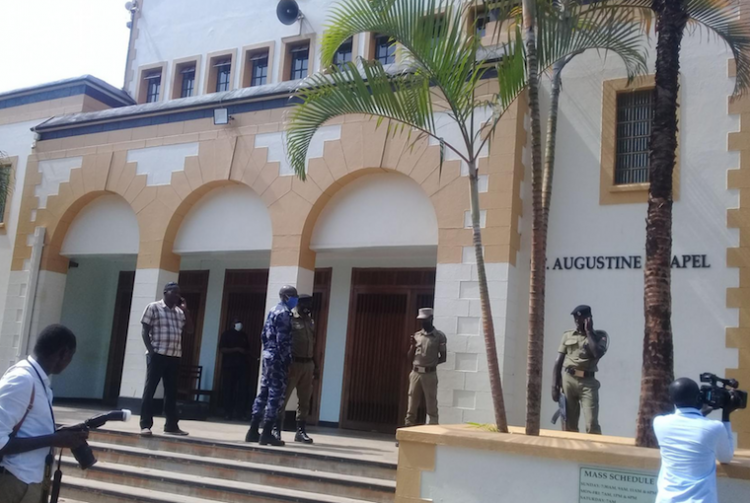 The video footage was retrieved from St. Augustine chapel at Makerere University where the incident happened a week before.

After reviewing the footage for about four hours behind closed doors, Police came out and told media that the footage was not public information since the matter is at the moment, before courts of law.


The church’s chaplain, Fr Joseph Ddungu, however, had earlier promised to release the CCTV footage in the presence of both police and media personnel but was then barred by police.

The University officer in charge of criminal investigations, Priscilla Amuko said the footage could not be accessed by journalists because investigations are still ongoing.

Insisting that the video needed to be availed to the public, Fr Ddungu said he had been receiving a lot of inquiries and calls requesting him to release the footage.

“I am being called every day and by many people wanting to see this footage. It must be given to the media. I am tired of being called and I want this to be concluded. The journalists are here, allow them to see,” Fr Ddungu told police.

On Monday, police claimed Tegu, a third-year Veterinary student was attacked by a mob that mistook him for a thief at around 11 pm on June 27. He succumbed to injuries sustained from the attack on July 4 from Mulago hospital.