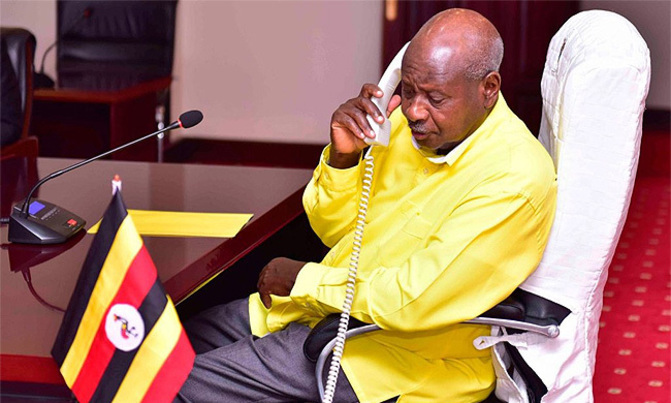 The meeting will be aimed at discussing how production capacity of the drug can be expanded to meet the demand, country-wide.

This comes at a time when the Professor is being embattled over the ownership of Intellectual Property of the herbal drug.

In their affidavit to the high court suing Prof Ogwang who heads Jena Herbals Limited, Mr George William Alenyo and Christian Chamber of Commerce, Agriculture, Industry, Trade and Tourism, contend that the drug is a branded patent for the government of Uganda given the fact that they (gov’t) funded and provided facilities on which the COVIDEX was brought to life.

“A declaration that the Covidex drug is a proprietary patent for the government of Uganda, having been developed on government funds, premises, and laboratories and by government public servants paid from the Consolidated Fund,” the petitioners plead to court.

“An order of permanent injunction against the 1st defendant (Prof Ogwang) from claiming patent or Intellectual Property (IP) over the Covidex drug,” they added.

It should also be remembered that Mbarara University Vice Chancellor sounded a very strong warning to Jena Herbal Limited – against distribution and sale of the COVIDEX without permission from MUST, who Prof Obua asserted that, are the Intellectual Property holder of the product.

In his response to the Vice Chancellor, Prof. Ogwang through his lawyers Omongole & Company Advocates warned Mbarara University against claiming the ownership and the use of Jena products to solicit money from the Government without their client’s approval.

Makerere University to Train Lecturers Ahead of Online Exams