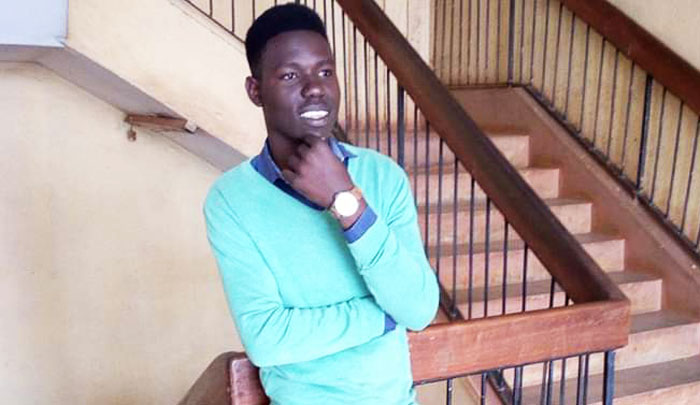 Students from across different Universities have taken to social media with the hashtag #JusticeForTegu seeking for justice after Emmanuel Tegu, a Makerere University Veterinary student who was reportedly beaten to pulp by Local Defense Unit  (LDU) Personnel for moving past 7PM (curfew time) passed on yesterday

In various Twitter and Facebook posts, students have expressed their dismay with Police for the brutality over their fellow student Tegu and demand that the LDU personnel are brought to book and held responsible for his death.

“JUSTICE FOR TEGU EMMANUEL. The Police who were involved in this should be punished” one of the posts on facebook reads


“What more shall the regime take from us after life? What more atrocity does the regime need to commit to make us the masses angry enough to say enough is enough?” reads another post from a one Obed Kwobuboth.

The deceased was heavily beaten around Lumumba Hall late evening before the police drove him away to Mulago Hospital where he passed on, yesterday due to injuries sustained in the beating.

However, police in a statement yesterday quashed the allegations of the student being beaten by LDU saying that no single LDU is deployed at Makerere University, where the incident happened.

Reports have it that relatives to the deceased say, Tegu confessed to being beaten up by LDUs before he breathed his last.