Students strike on their Graduation day 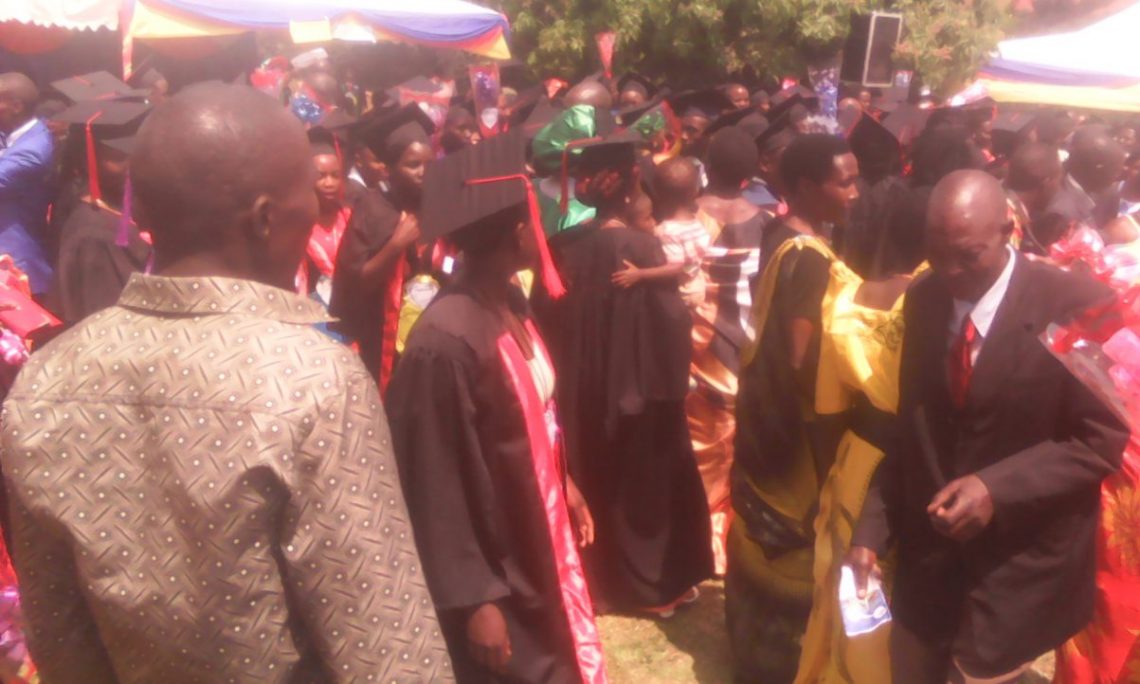 The students at Taremwa College School in Kabwohe Town Council, in Bushenyi staged a violet strike in the middle of the graduation ceremony on Friday afternoon.The event which started normally turned violent at around midday, with the students and some parents being involved.

They became agitated and attacked the Principal’s office, demanding answers as to why the students were not provided with documents to go with to the field, before they can access their transcripts. As the situation worsened, Police came in and seized the Principal only identified as Abaho and detained him at Sheema police station to normalize the situation.

The college has a student population of 240 students and teaches courses including nursery teaching, accountancy, and catering, electrical installation among others. Students had for years been asking for provisional result slips to enable them get employed but all in vain. “Why then did you call us for graduation if you knew that you don’t have our certificates?” one of the students shouted.

However, Rev Elisam B. Bampata, the chairman board of directors defended the institute stating that the students who started the riot were the ones who failed external exams and don’t qualify for certificates. This further angered the students who started breaking chairs and other school property. The college director Ms. Jenina Tushemereirwe Bampata narrowly escaped from students who wanted to beat her when she locked herself up in the bursar’s office till evening.

On seeing this drama unfold, some continuing students also started demanding for their tuition to join other recognized institutions.