The 3D Cinema Magic & SleekTech bazaar booths have goodies for you 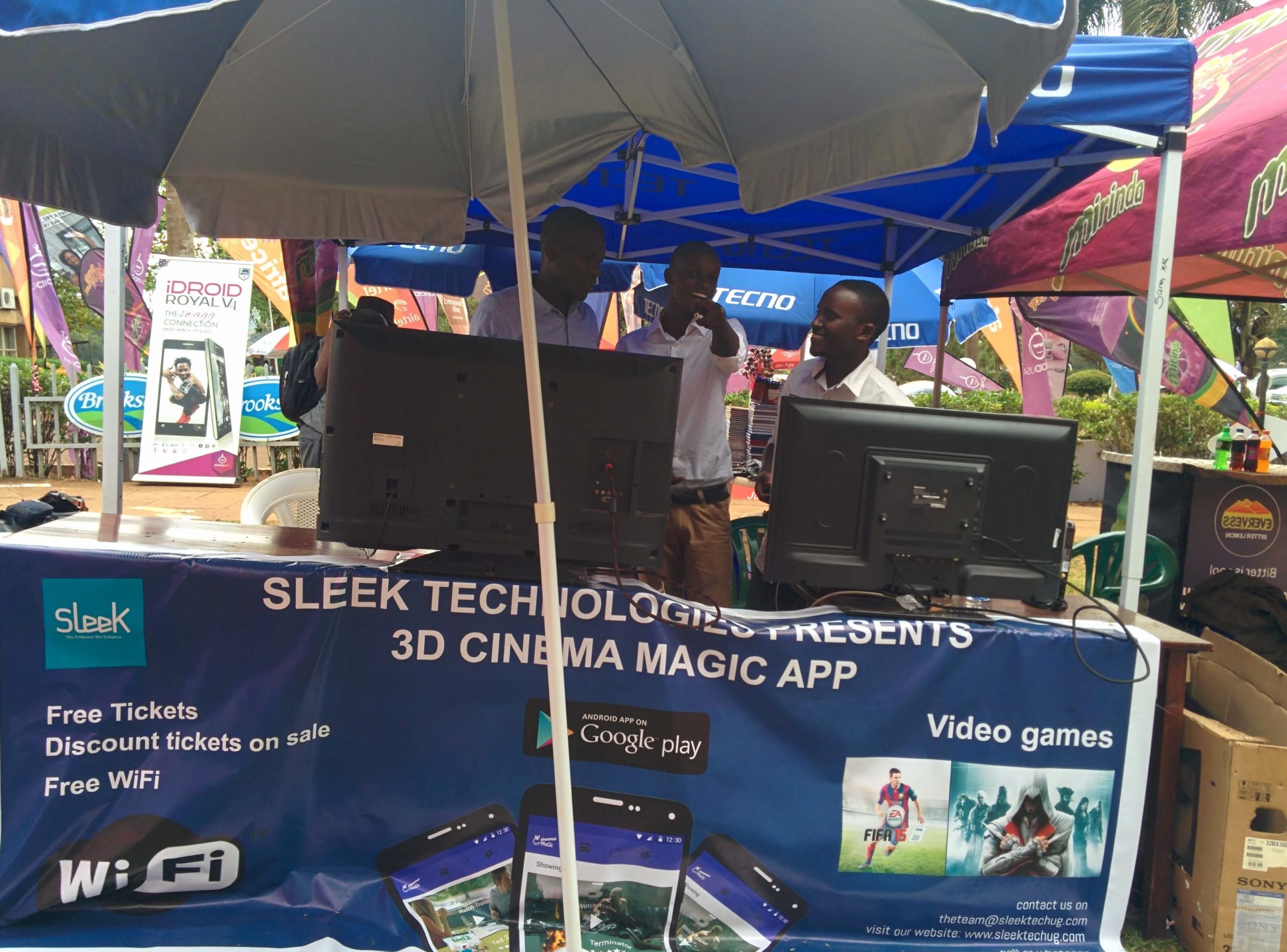 The booth is showcasing the android application and will give out goodies for those who download the app. There is also free wifi provided at the booth which enable you download the App.
They have also partnered with 3D Cinema Magic to offer discounted tickets to any movie which is currently showing at 10,000/- which will save you from paying the full  movie price considering your campuser. You can also battle a friend at a game of playstation

Lucky app testers and those who have downloaded the App at or before reaching the booth stand a chance of winning themselves free movie tickets. In fact these guys also have a booth at the Makerere Bazaar meaning you can visit the booth at either universities that is closest to you.

CampusBee will be visiting and reviewing various booths that we find interesting, innovative and unique from the usual fill up space kind of booths during the period of bazaars.