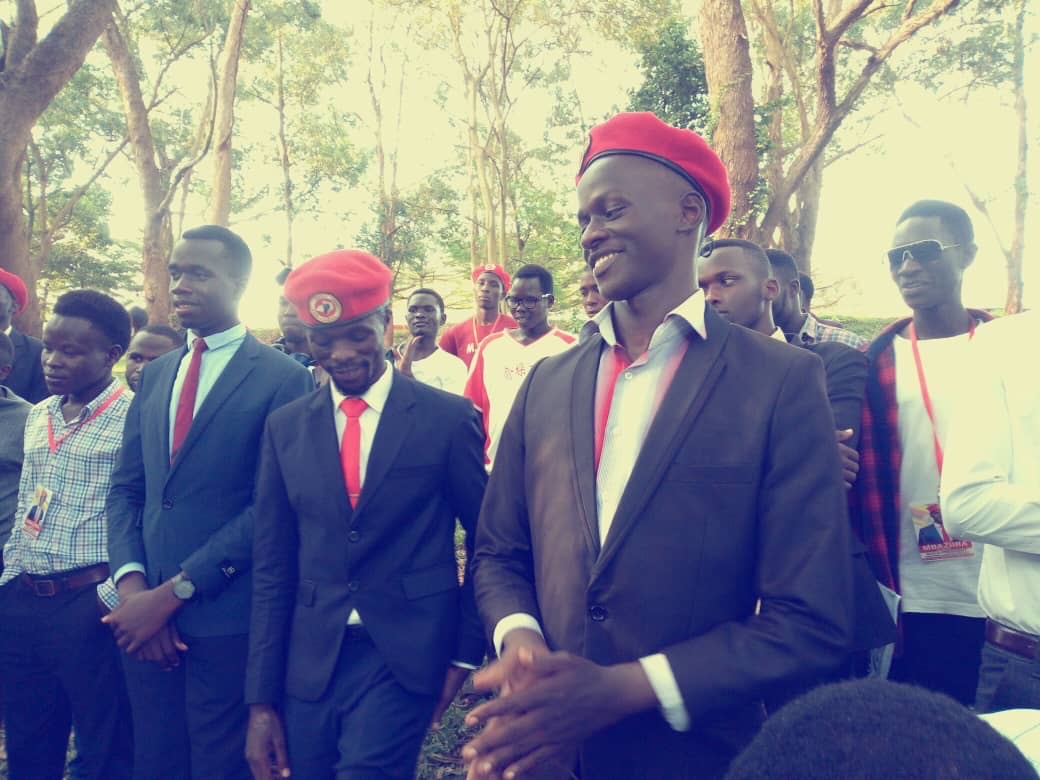 The Kyambogo University campaigns are steaming up. Candidates have started crossing over from their weak points to join strong camps. The latest we have is Markmot Daniel, an independent candidate, and some other candidate who is not yet confirmed, have joined Mbaziira John’s People Power camp.

In his own words after joining the camp, Markmot said, “I have been under a test of preference and a burden of deciding who I ought to join in this race, however after a complete study I have found no other better alternative other than to cherish and welcome the best manifesto my brother (Mbaziira John) has.”

This threw the People Power supporters in mad celebrations as they welcomed a new strong member in their camp.

According to Bashir, a staunch People Power die hard, there is another guild candidate who is set to join their camp. We could not ascertain who this candidate was however much we tried our search.

The meeting was held in the peace park on Friday 13th March as the camp prepared its final rally that will happen on Sunday 15th March after the final guild presidential debate.

The FDC camp also held its meeting at the resource center where the supporters promised to guard their votes without any fear. Trust Mugisha Nduwayo promised victory no matter the fake tarnishing sentiments that are aimed at making him lose ground.

The NRM party had earlier held their meeting on Thursday 14th where they made final preparations among which was to wake up early and spread the message with vuvuzelas and whistles around the campus.

Indeed the Friday morning rains saw them fearlessly walking around, disrupting lectures with vuvuzelas and whistles as the heavy rains showered them.

There are many issues that have risen up in the Kyambogo University elections. Of recent, a letter dated 12th March saw the Dean of students suspend any political party symbol from the ballot papers and order the candidates with these symbols to take fresh photos.

The elections that were supposed to be held this week on Tuesday 10th, were postponed to 17th March after a number of guild aspirants suspected the electoral commission to be conniving with a ‘particular camp.’