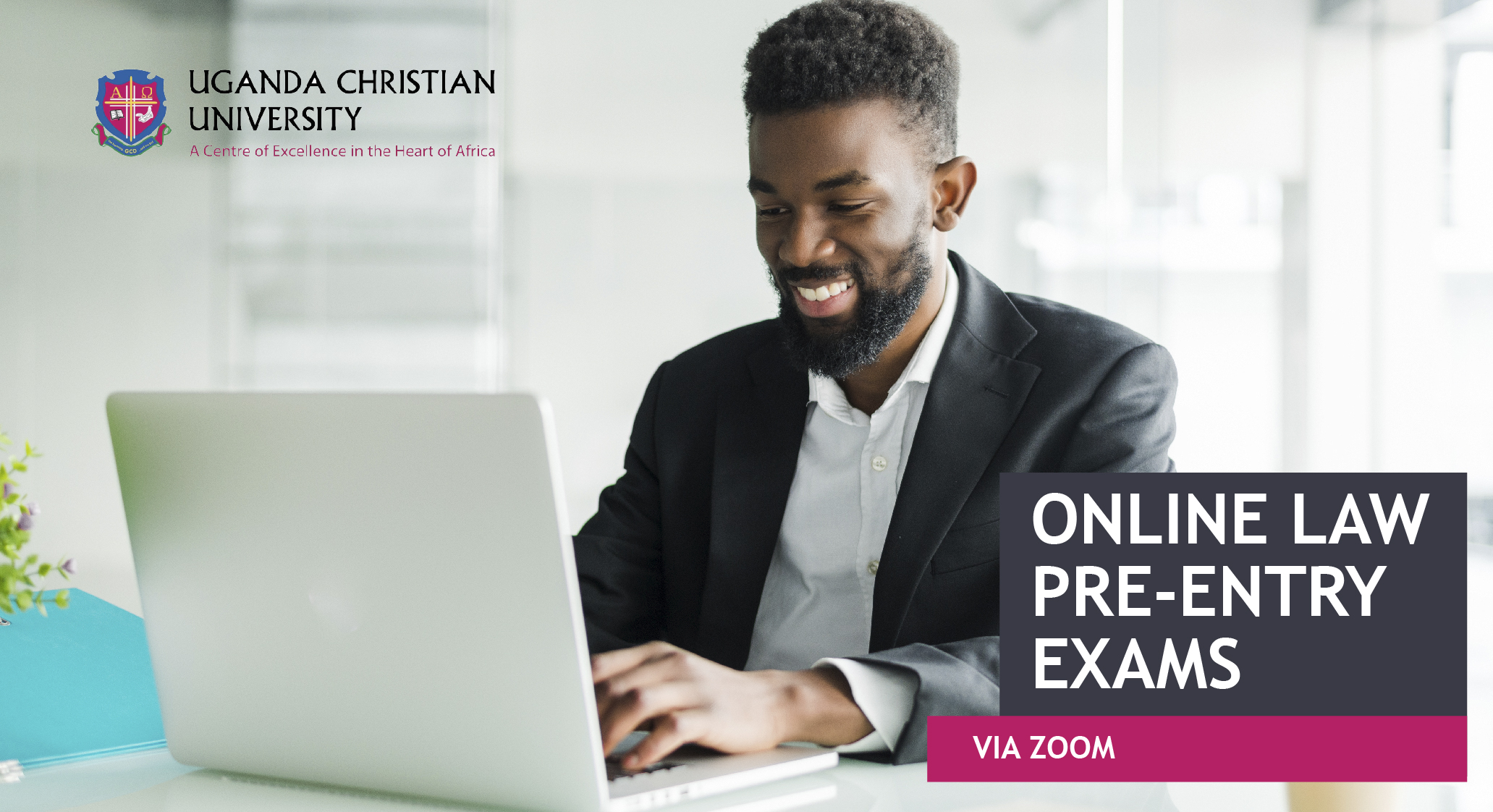 The Uganda Christian University (UCU) Law Pre-Entry Exams have been set for 7th September and are to be conducted over e-conferencing platform Zoom according to reports from the Mukono based institution.

Pre-entry exams into the highly coveted Bachelor of Laws degree were set as a filter for students from High School and other walks of life with minimum qualifications to study law in Uganda as a means of ironing out the increased demand to study the course.

First introduced at Makerere University in 2012, the then Dean of the Makerere University School of Law Prof Ben Twinomugisha said brilliant students that would make exceptional lawyers were being kicked out of the system by the UNEB system that favours urban students over their rural counterparts.

As such, he pitched Senate to introduce pre-entry exams for the Bachelors Course to put every applicant at the same level footing as they joined the School of Law. The idea has since flowed over to other universities teaching the course.

According to UCU, this year’s applicants will sit a written interview on September 7th over Zoom and later start having oral examinations from 8th September onwards according to individual placements.