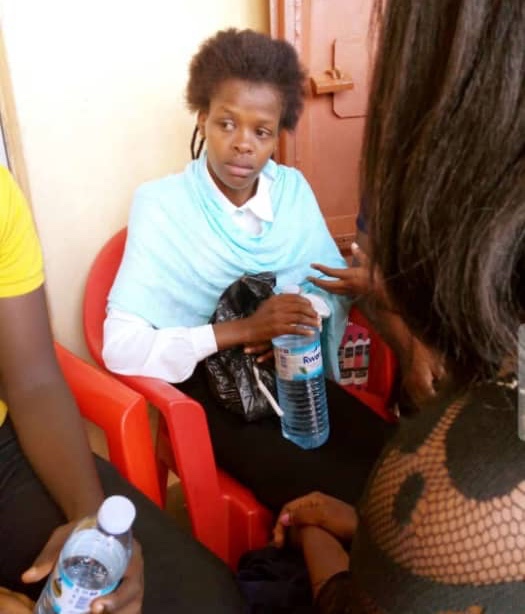 This website has received some disturbing audio recordings of back and forth counteractions that seem to be between Alice Chelengat and an official at Uganda Christian University (UCU).

In some of the audios Chelengat accuses the university of threatening to kill her, and in another audio, the university seemingly counters the accusations while justifying their actions. However, Chelengat says that she does not know why the university is after her.

It should be noted, that early last year, Campus Bee ran a story where a law student of UCU was arrested for staging a demonstration and was later taken to Butabika hospital for the same after her sanity was put to question. The above law student was the then student, offering a Bachelor of Laws at the university, and now in third year.

In summary, she was demonstrating against the guild and university policies and stated that she was advocating for her fellow students against unfair practices and policies by the university. In the audios, she says that the threat to her life is the university planning part two.

“All is not well because we are scared, threatened and any time my life can be terminated. I can’t even move out of the main door of the house” Chelengat says.

“This morning, some people came to kidnap me” Chelengat narrates her ordeal that happened (the actual date is uncertain but it is closer than a few days ago) from where she is currently residing, the residence of a former chaplain of the university (Canon Kasamba) outside campus. You can sense tension in her voice as she reveals that persons came to the residence saying that they wanted to take her to campus where allegedly other students were.

“I did not believe because all of us (the students) are still out (as a result of the government lockdown). So, I was suspicious” she adds. Some of the people she says to have identified from that incident or what she is calling “a scheme” are the Director of Students Affairs (DOSA) of UCU, “Madam Brigette”, and Rosemary, the custodian of Sabiti Hall. She also accuses the two university officials of persuading the members of the family where she stays to let them take her away to the university.

Chelengat says that they members of the residence have no issue with her.

“They’ve stayed with me and they know me, and they are not going to believe any blackmails again”.

“So, you Madam DOSA, why do you want to kill me”, she demands. She further asks if it wasn’t enough that the university took her to Butabika and had its glory. “Madam DOSA, leave me alone mummy, Madam Rosemary give me peace.”

After the failed attempt to take her away from the Canon’s place, the student wonders when she will finally be killed. “I know anytime you can kill me because you promised to come back”.

“If I am attacked, if you don’t hear from me, if they pick my body along the way, the people responsible in this case are Madam DOSA Bridget and Rosemary. Kill me and I die happily because I know (UCU) has finally put me to rest, …I will have peace” she notifies her classmates. “I know I may die, but at least I know my killers”.

In reply to the accusation, an official from the university, presumably the DOSA says that the family that is hosting Chelengat called the Vice Chancellor of the university and asked that she be removed from their home without revealing their hand in her removal.

“Through my team, DOSA’s team, we were asked to go and pick her” Madam Bridgette says in the audio in what seems to be a recording of her before some sort of panel. She adds that the family had asked that the DOSA’s team pick her by force and also not expose the hosting family as the people who called for the university to intervene. “They said that they want Alice out of their home”.

“We are truly concerned that is Alice’s life is our priority” she adds.

The viability of Chelengat’s paranoia cannot be assessed besides interpreting the audio messages brought forth against the university, or if there is any affection to her mental health as a result of the country wide lockdown, or if the university actually wants to bring harm to her student because of her aggression and assertiveness against actions that she considers unjust by university officials. Already we have seen the university go extremes to expel students that challenge authority.

But what we know is that she seems prepared to die.