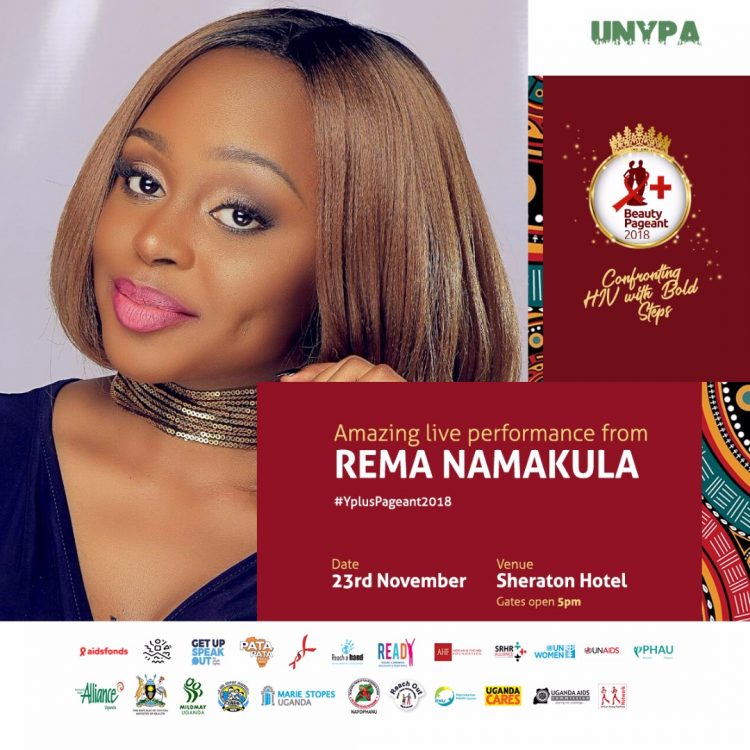 Tomorrow, the 2018 Y+ beauty pageant edition will come to an end. The finale will be held at Sheraton hotel starting at 5PM and the guest of honor will be H.E Henk Bakker, the Dutch Ambassador.

This year’s edition of the #YPlusPageant2018 is ‘confronting HIV with bold steps.’

Earlier this year, Uganda Network of Young People Living With HIV/AIDS (UNYPA) commenced the search of the 2018/19 Miss and Mr Y+. They visited different districts where many young people paraded themselves for a chance to spearhead the fight against HIV/AIDS but most importantly the stigma that they live with on a daily basis.

The Y+ Pageant is an annual unique campaign that is geared towards ending stigma and discrimination on HIV It empowers young people with knowledge and advocacy skills that enable them lead the fight against the stigma. It is envisioned on Beauty with Zero discrimination because
young people are stigmatized by their guardians, potential employers, relatives, and general public.
This, in the long run affects their uptake of HIV services at health facilities, their adherence to drugs,
and depression from fear to disclose.

Why the Y+ Beauty Pageant?
Many young people are acquiring HIV because they don’t have accurate information about the virus, and
we are shying away from giving them this information on grounds that they will engage in sex. This is not true.
The success stories from the ambassadors that take part in the Y+ beauty pageant show that these
young people grow and shine with this platform because firstly; they are shown that they are beautiful,
secondly, they are told to embrace themselves and lastly to adhere to their medications.

“We hold the pageant to build the capacity of young people living with HIV to equip them as ambassadors of change in their communities,” Cythia, the PR and head of Communications UNYPA, disclosed.

A number of prominent Ugandans have been chosen to be the judges including NBS TV’s Mildred Tuhaise, Dr. Sabrina Kitaka a paediatrician and senior lecturer, among others.

There will be live performances from the jazz freak band and Rema Namakula. To be part of the finale, tax will be UGX 20,000 only.

Don’t miss the opportunity to get inspired. Be there.

Suspects in Murder of MUBS Student Released on Bond