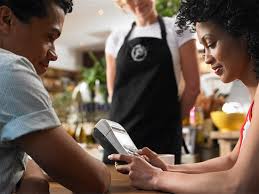 I should start off by saying, I understand how sexiest this is but really, can the female species be sexiest? Yesss, that’s a pretty ignorant thing to say but come on, women have always come number two at everything so hey, we might as well play the gender card. Our fathers, our grandfathers and our fore fathers understood the importance of courtship. They understood that a man only earns his price once he works hard for it. This notion is utterly lost on the guys from this generation but that’s why I’m here, to remind you that picking up bills on dates is just never going to sit well with the mamas.

First of all we live in a very pretentious time, a messed up time, but a time we are dealt with at the moment nonetheless. So yes, a campus girl is going to want the man that affords meals at Cafe Javas and all those other eatouts draining these boy’s handouts money. So bruv, don’t get it twisted, girls love to be whined and dined and have their bills covered while you are at it. Don’t act coy and weird once the check comes by, trust me it will subdue to automatic ghosting.

It’s just a man’s thing. Again, I acknowledge the foolishness with which I speak but hey I will call it. “No dude, I don’t want to pick up the check, no dude, I don’t want to clear your entrance fee into the club and dude, pay for the F’in drinks, you called me here!” Thats 95% of girls with this mindset. Correct me if I’m wrong, how many guys can fathom a babe that doesn’t cook or clean? A girl will be alienated right off the batt so why should I give you a pass for being the core definition of a scrub!

The moment I choose to cover the bill is the moment you will think it’s okay for me to cover the bill for the rest of our relationship. Allow me to reference to the great words bestowed onto the female species by Steve Harvey. Steve mentions in his highly acclaimed book, “think like a man” that men love a woman with standards. Basically a man will treat you the way you allow him to, period. I totally second Harvey on this, it’s not just men, it’s women, it’s the entirety of the human race; we respond to people in reference to our first encounters with them. So no I’m not paying for those beers you ordered for, you are paying for them and if you fail to pay for mine, I will undoubtedly kick you to a place where the sun don’t shine.

LASTLY, I will admit to one thing, you can find a girl who will spend on you– God knows men now days bank on that, but it’s all about the structure. Are you the type of guy who spends on his lady now and again or is getting mere airtime from you a headache? As I said, structure.