by Boses Muhinda 2 years ago2 years ago
Share via

“I have always had hopes that I will win this money because I have been missing it by one or two, three matches,” he said shortly after receiving his money. On what he is going to use this money for, the winner said, “I am first going home and think well on how to invest this money. However, my top priority is land and building. I thank Fortebet because it is a very genuine company because my money reflected as soon as I won it and I confirm it has been given to me the moment I asked for it”

It is hard but too true to believe that this ticket had only 10 matches and were selected from only from Brazilian Serie B, English FL Trophy Northern and Northern Ireland league cup. The most outstanding selection of this ticket was the match between Blackpool and Accrington in which this betting hero went for half time over 2.5 (atleast 3 goals) with a big odd of 5.60. Blackpool’s Joe Dodoo’s two goals (30’ and 41’) came just in the perfect time after Accrington’s Connor Hall had already opened the shoreline in the 17th minute. This made it 2-1 at half time. Just 41 minutes into this game, this punter started celebrating his win because this was the last game on his ticket, all the others having won. This match was selected from England FL Trophy Northern, group C. From the same competition, this punter selected another big odd, 4.80 after predicting an away win of Port Vale against Walsall as the game ended 2:1 for the visitors. The other four selections from this same competition included; Morecambe-Sunderland (odd 1.48, bet 2, ended 0-1), Carlisle-Stoke U21 (odd 1.58, bet both to score, ended 1-1), Barnsley-Bradford (odd 1.93, bet both to score, ended 2-1) and Mickleover-Stratford (odd 2.75, bet 2, ended 0-1). 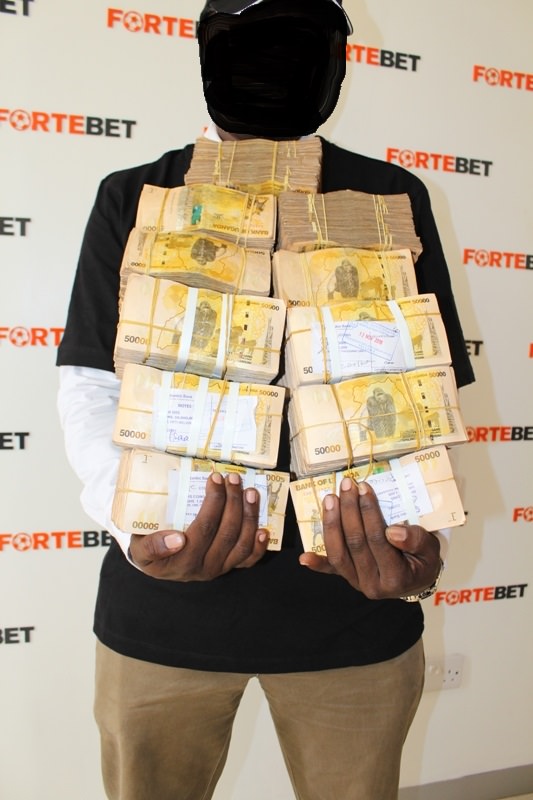 Before all the above matches, the winner had already selected two matches from Brazil; Ponte Preta-Coritiba (odd 1.41, bet 1, ended 2-0) and Figueirense-Paysandu (odd 1.97. bet over 2.5, ended 2-3). This ticket was also composed of; Glentoran-Crusaders (odd 1.73, bet 2, ended 2-4) and Ards-Ballymena (odd 1.67, bet 2, ended 0-1). Most of the matches didn’t give this punter too much tension apart from Ards-Ballymena in which Jude Winchester scored the only and winning goal for Ballymena in the 93rd minute. As usual, this ticket was paid out as soon as it won. Congratulations.

FAIL
0
FAIL
CTO Campusbee.ug, I am a writer, Tech enthusiast who loves to explore all forms of technology and media trends.