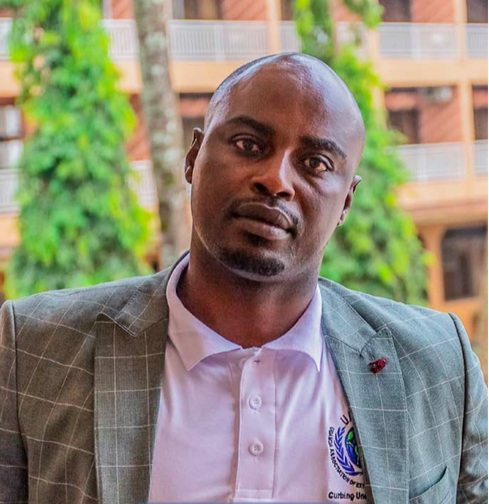 Labour Externalisation has over time become a back up plan for fresh graduates who fail to get decent employment in Uganda. With all its challenges that are currently being addressed by The Uganda Association of External Recruitment Agencies (UAERA), the labour externalisation industry now seems streamlined for graduates seeking employment abroad. Boniface Sunday, an alumnus of Uganda Christian University (UCU), today takes us through his journey and the perks of employment abroad.

Tell us a bit about yourself.

My name is Boniface Sunday and I come from Fort Portal town in Western Uganda. I went to school in Fort Portal and later joined the Uganda Christina University to study a Bachelor of Social Works and Social Administration. Later, I worked as a consultant in 2010 at Blue Financial Institution, in Masaka. I worked hard and progressed to the position of Branch Manager. I served in this position from 2011 to 2012 before leaving for Abu Dhabi.

How did you come to go to Abu Dhabi? Walk us through your experience from when you left to when you got to Abu Dhabi.

After realizing that I had a lot of plans to fulfil and that the salary I was receiving at Blue Financial Institution was not enough for me, I decided to reach out to one of the recruitment agencies. The agency spoke with me and gave me all the information that I needed in order to make a decision for myself. I was obviously very convinced that this was the right decision for me, even if it was a tough one. It was a tough decision because I was leaving a job here in Uganda, to go and venture in a completely new world, and doing a job I had no experience in. The job was Close Protection Agent (security), and I had never heard of Abu Dhabi. I and a few others became the first Ugandans to go to Abu Dhabi as security guards and by then we were earning 2000 AED, equivalent to UGX 1.8 million per month. When we arrived in Abu Dhabi, this was around May 2012, we did not start working immediately. Instead, we had to go through training. The first training took place at national security institutions and that was basic security training. It included self-defence training, fitness tests, observation skills, critical listening, anger management, as well as understanding the Arabic culture. This took about a week, and then we had to wait for a Private Security Business Department (PSBD) license exam which can take up to about three months of waiting depending on the urgency of the company. The company I worked for in Abu Dhabi was called Al Jaber Coin Security.

I started working as soon as I finished my first training. One of the advantages I and a friend, Kyaligonza Rodney Akiiki had was that we were also very competent in computer use and this earned me favour almost immediately. We went through interviews to be chosen. We were about 20 guys but only the two of us were chosen.

It also happens that you can go as a security guard but your employer may find value in your other skills, and so promote you to do computer work instead. Many of us became what we are now because of the hard work we put in. I remember doing some fitness training and being in Abu Dhabi I did not stop doing this as an individual. So, I applied to the International Sports Science Association (ISSA) where I was accepted and after three months, I obtained certification as a fitness trainer, level three. Surprisingly, the requirements for the course were a minimum academic level of senior four, a current certificate in CPR and of course Wi-Fi and laptop of which I had all the time. After my course, I acquired certification from Registered Exercise Professionals (REPS-Dubai), and I then started practicing my craft during my spare time. What I did not realise was that people would watch and this included neighbours, who later asked if I could train them, and with this, they paid me for my time. I earned even more than what I was getting from my salary. With time, these wanted me to train their families and at one time, I had about thirteen clients – training them in self-defence and fitness.

What are the visa restrictions?

The visa is limited to only one job; the particular job stated in your visa and to the only company also stated on the visa. You aren’t supposed to work for any other company unless you first cancel what you have and move to another company. The law is very open, however, if you are found cleaning while your visa states that you are a security guard, both you and your employer or the company employing you, will be punished by law, and given a very serious fine. I therefore chose to live by the law and I managed to stay for five complete years, and returned home to start my own company called Martial Arts Fitness Cultural and Sporting Center.

This is very good news. Tell us more about the work you do now.

I now have more than 70 students at my school, and I have extended services to schools, Universities, and cooperate companies, for self-defence techniques, especially for ladies due to high cases of rape and sexual harassment. In fact, it would be helpful for the external recruitment agencies if they could train all their recruits in self- defence techniques and fitness before they leave for their preferred destination countries of work. When one is fit, they are better able to function at their job. The young men and women who intend to travel for work need to be fit and learn to focus in order to channel their energies into productive work. Since starting my training centre, I have received several job orders here in Uganda. I also plan on having free self-defence classes for women in Fort Portal for purposing of promoting value for the girl child.

How much were you able to save in the five years that you were in Abu Dhabi?

I was getting a salary of 3000 AED, which was equivalent to UGX 3 million; so, in a year I could save UGX 20 million to be sent home, and therefore for five years, it came to about UGX 100 million.

Is this the amount you used to start your business? What else have you done with your saving?

I managed to build a house, start up a school, bought plots of land in Fort portal, and now rearing pigs which give me more income than my school. I also made a boutique for my wif

What were some of the challenges you faced when you were in Abu Dhabi?

One of the main challenges was that the company for which I worked in Abu Dhabi faced steep competition at one point. When we had just gone there, there was just about 50 companies, but after two years, the number grew to about 120, which presented a competitive challenge. We moved from working 30 days a month, to 20 days a month, which meant slightly less money. The other challenge really was the high cost of living, measured against a desire to save in order to remit a good amount back home for our loved ones and for investment purposes.

Tell us more about the cost of living. Did you have to find your own accommodation? How much was it? How about food?

In order to make a good saving, you had to decide for yourself if you wanted to eat lavishly or to be wise about your spending habits. On the other hand, accommodation was provided for by the company which hired you. But in the event that they did not, it would go for about AED 800dhm for a bed-space, which is equivalent to UGX 780,000.

Did you miss home, and what kept you motivated?

I missed home very much but knowing what I wanted to achieve back home kept me motivated.

Would you recommend that Uganda youth try this route of employment? What would you say to them?

It should not be the first option if they can get employed in their home country. It requires a certain level of maturity and commitment since it is far from home. But yes, I would highly recommend that they consider this route due to the high unemployment levels and under-payment in the country.

What are some of the things you could tell young people to have in place or how can they prepare in order to excel when they get work in other countries?

Focus plus discipline equals to accomplishment. It is all I can say to them!