by Clare Nassuuna 4 years ago4 years ago
Share via

Forget the serious face he wears every time he graces your tele, NTV’s news manager, Maurice Mugisha is actually outspoken and full of humour in person. Samantha Agasha caught up with the self-made Television hero for a little chit-chat. 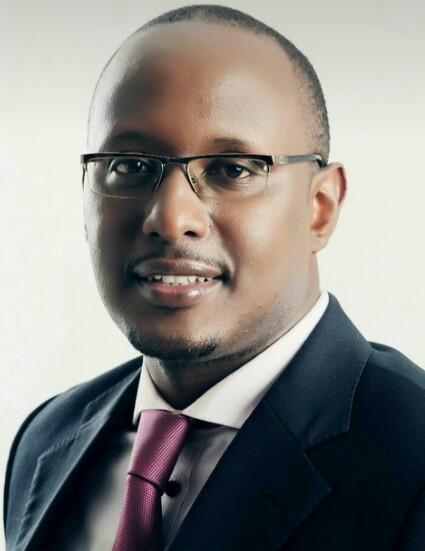 Good afternoon Maurice, how are you today?

Tell us, who is Maurice Mugisha?

I was among the very first people who applied in Makerere and were posted to MUBS in Nakawa. I chose an evening course because I hoped to get a job to occupy my day time which didn’t happen.

Campus, nevertheless, was amazing. I made friends that have lasted me a lifetime .

Which course did you do and did you chop lectures anyway?

I did BBA at MUBS, Nakawa. So every single day, I moved from Nkrumah hall where I was residing to Nakawa to study. Yes, I chopped lectures especially if they clashed with my sporting activities like football and basketball. But I tried to attend at least 80 percent of all my lectures, plus I had one or two friends who helped source me on whatever I missed.

What do you think has changed at the university from your time?

Aaah, 18 years ago, we were few people as compared to now. There was less competition for facilities, less strikes because through out my three years there was just one strike.

Also, campusers today have a lot to deal with like social media propaganda which wasn’t the case with us. In fact, around that time, mobile phones had just been launched in Uganda.

Did you have a clique, Perhaps to bully the younger boys?

Totally. Yes, I had a crew. The hit crew, but we basically targeted guild candidates, collected money from them in what we called chairman’s basket before we allowed them to speak to us.

Later in second year, we used to go out to bars and other social places to discuss entrepreneurship, politics among others.

Did you have a girlfriend at campus?

Yes, I had a girlfriend and she benched me for three years . The entire time I was at campus.

What was your dream job and who was your inspiration?

I wanted to be a marketing executive, probably work for Uganda Breweries as a sales executive, because it came with a mobile phone, unlimited airtime, cars, social events. These guys were just up to date and I wanted to be a part of them.

So how then did you end up on television?

I always wanted to do something on broadcast at university. I was friends with the late Dj. Ronnie [speaking so fondly]. He worked at Capital FM by then but I was reluctant to explore this opportunity. However, after campus, a friend connected me to WBS and that’s how I got my first job in 2003.

Do you have any regrets about your life at campus?

(Thinks hard) Good question , I actually have never thought it through but I think I did what I ought to have done. Maybe if only I had joined radio when I first got the opportunity.

What is your greatest fear?

Failure. There is no such thing as being at a stage where you can’t fail; what people call point of no return. Anytime, things can crumble.

What is your take on lectures who ask students for sex in exchange for marks?

(Frowns) It’s very unfortunate that there are so many students admitted, which has created a huge gap that lecturers and some students exploit for their benefit. This on the other hand has reduced the standards of universities as we question the kind of grades that they are giving .

Any last words to the youth out there?

(With emphasis) Every student should enjoy their life at campus, It’s like a vacation between high school and employment after which life begins to batter you with a lot of time. You have a lot of free time just have fun, be responsible and disciplined.

FAIL
0
FAIL
Her musings were a complete departure from the cynical lies of her predecessors.